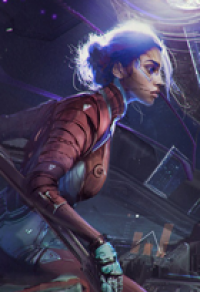 Yeah, that's true, I wasn't thinking it would go up more. It seems to follow the trend of $10 over that of the US price and has for a while. I don't recall seeing an odd prices like $77.99 to make up for the difference in the dollar. I bought Horizon Zero Dawn at full price (actually got the CE for that) but think that's likely the last game I bought on release at full asking. I mean... I bought the SpongeBob game that just came out but it was $29.99 on release, so I was fine with that.  I took advantage of a black Friday sale price on a Cyberpunk 2077 pre-order and got in for $54.99 which Im super happy with (and tbh, CP2077 is likely a game I would pay full price for anyways).

Oh wow, that is incredibly interesting. I would have been ehh, something like 8-10 back when I got my first SNES (around 5 or 6 when the system launched) and thus have no memory of buying SNES games. We likely got games as gifts or picked em up second hand.