No. NO NO NO NO. Just NO. It's Xbox. Dreamcast was used in Xbox focus tests. Xbox almost made DC BC with Xbox. Almost used VMUs. BXL felt like a much better SEGANET. Xbox 360 felt like an HD successor to Dreamcast. Like Dreamcast it connected to portable devices tho few remember this. It had a ton of great SEGA games. It had a controller that was purposefully modeled after SEGA's Saturn and Dreamcast controller. SEGA fans to this day often discuss how SEGA should have just let Xbox make the console with their money and be exclusive to OG Xbox for SEGA to still technically be in consoles. PS2 was the rival. PS2 was a Dreamcast stand. 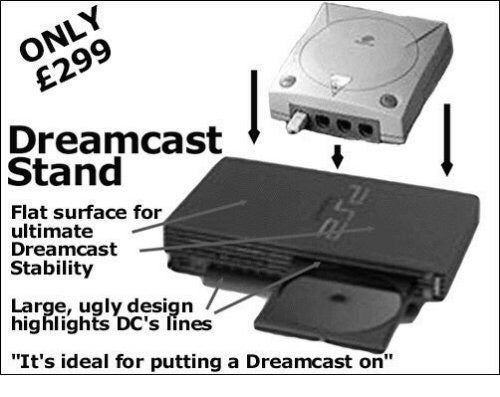