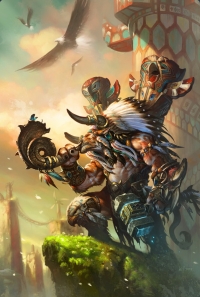 You know what'll fix this?. Removing Roberts from having control over the damn projecxt.

He's got a known history of poorly drawing out his projects, even his own films, and then having them bomb later on down the line, because the man has the worst timekeeping record in production history.

People rag on the game, instead of ragging on the one man, who's the reason as to why this has become so bloated in certain areas. Remove the guy, stop over-complicating the production level structure of things. I've seen their flow chart, it's fucking insane as hell, and I'm glad I'm not a part of that team, who has to fit in that chart somewhere, and get shit done at a due date on said flow chart.

But yeah, the game is a technical marvel, but I don't think we need any stupid focus on "8k", because an insane chunk of the worlds pop doesn't even own 8k tv's, let alone having enough 8k content to justify the insane price tags either. We don't even have games with 4k res textures (literally on everything, sod just the char/gun models).