We all get older so how is your hairline doing?

The Norwood scale has seven stages. Each stage measures the severity and pattern of hair loss. 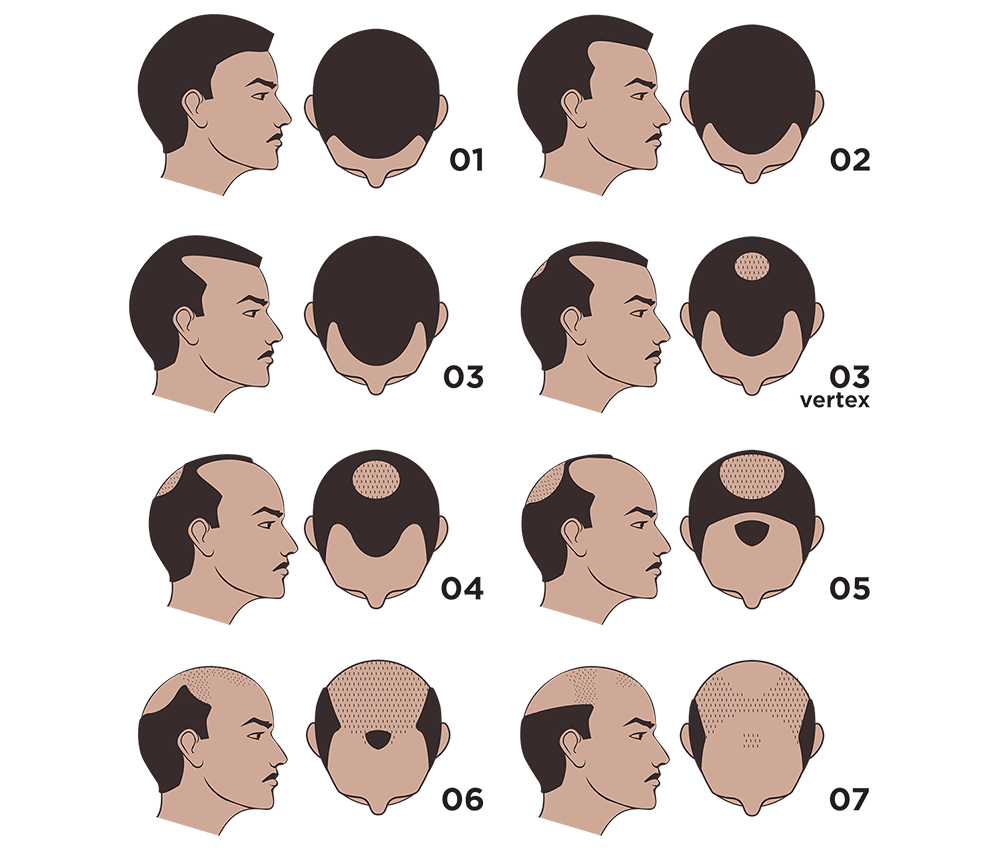