Alright, I know I never bothered with last year's thread, but I promise to make right on it this time. Know its a little early, but I wanted to get on this now after the shit that happened today.

Now I just want to congrats the Blues on their cup victory. After half a century of misery, the streak is finally broken. Good job boys

. As for Boston... well, I'm sure those toddlers who have yet to see a championship must be very upset right now. 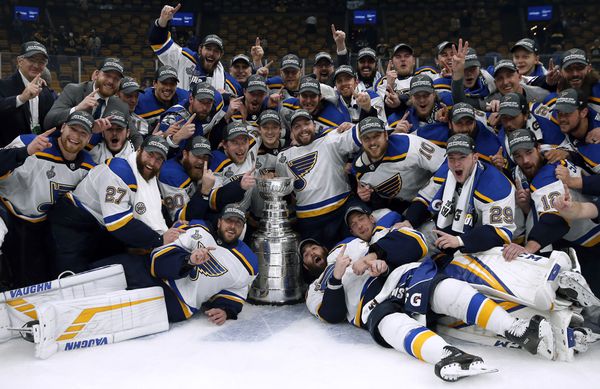 Now time for some of the current news. Now in the MST it is still July 19. Two major transactions occurred today. First, Trouba was signed an 8 million dollar extension for 7 years:

Maybe a little pricey, but if Trouba can anchor himself as a solid #2, its a pretty good deal. Winnipeg got fleeced pretty hard overall in the trade. Hilarious they got their pick back from the Kevin Hayes trade in the end, but yikes that return. Speaking of crappy returns, my hometown Calgary Flames decided to have some of that nice legal Canadian weed today with this trade:

The #Flames have acquired Milan Lucic from the Oilers in exchange for James Neal. https://t.co/ysuPsltgxl

Idk WTF is Brad thinking, but yikes. I've already vented on various other hockey forums today (and yes, those exist lol), so I'm going to pretend this never happened...

Well, there isn't much else to report now. Either way, I have an excuse to be more active around here now.