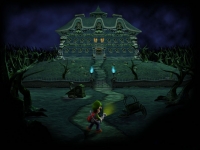 While leaving e3 may seem crazy, sony was the one company with most to lose from e3.

Being Nintendo and sony the most popular  console companies they managed to attract most of the attention to the conference. At the same time sony was the one who spent the most on the conference, while giving Microsoft lots of visibility (even outside the conference).

Now without sony and eNintendo (and probably other third parties) e3 will become less and less important, leaving to each consolle producer alone in promoting their brand. And the less popolar you are, the more you will suffer the lack of a single conference.