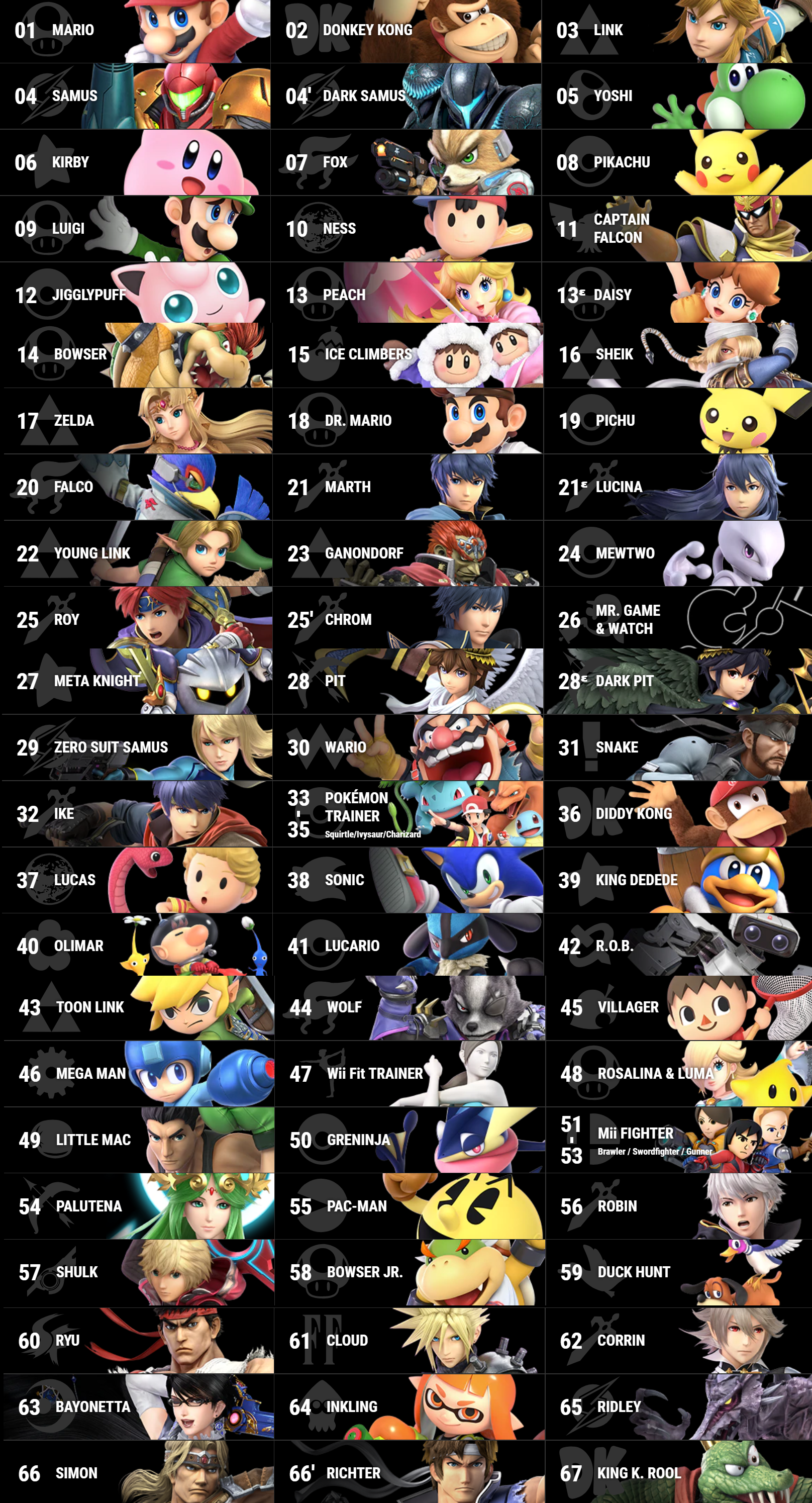 With an image like this, you would've thought of this as a pipe dream back in 2006 or earlier. No way a crossover like this could happen. Nevertheless, Masahiro Sakurai has somehow pulled out all the stops with this latest edition of Super Smash Bros., even when there are more characters to be announced later before launch!

At E3, Sakurai made the claim (before Simon, K. Rool, or even Ridley were revealed) that Super Smash Bros. Ultimate is the "biggest crossover in gaming history." While some might provide another example of a bigger gaming crossover, it's hard to go against the resume that Smash Bros. Ultimate carries.

- There are 32 franchises represented in the 67-man (not including echo fighters) Smash Bros. Ultimate roster, ranging from the retros like Pac-Man and Game & Watch, to the mainstays like Mario, Pokemon, and Zelda, to the third parties like Castlevania, Final Fantasy, Sonic, and Street Fighter, to the more recent franchises like Splatoon, Xenoblade, and Bayonetta.

- There are countless other franchises represented in stages, assist trophies, items, and music (over 900 tracks are in Ultimate). Speaking of music, the prestige of the composers that are potentially involved in Ultimate is also insane as you have known composers like Yoko Shimomura, Koji Kondo (probably as more of a supervisor), Jun Senoue, Nobuo Uematsu (albeit, with just his 2 classic Final Fantasy VII tracks), Tomoya Ohtani, Nobuko Toda, Takenobu Mitsuyoshi, etc.

- A variety of genres are represented: JRPGs in Shulk, Ness, Lucas, Pokemon, and Cloud, Metroidvania with Simon and Samus, platformers in Mario, Sonic, Mega Man, Kirby, etc., fighting in Ryu and Little Mac, hack-n-slash in Bayonetta, third-person shooting in the Inklings, racing in F-Zero, SRPGs in the Fire Emblem reps, action adventure in Zelda, on-rail shooters in Star Fox, stealth in Snake, sports/fitness in Wii Fit Trainer, and puzzles in Dr. Mario.

I probably could go on and on, but you probably got my point already.

Do you think Super Smash Bros. Ultimate is the "biggest crossover in gaming history?" If not, which other game do you think holds that title?