There are a lot of console-exclusive sites on Metacritic, and they generally give way higher scores than the average for exclusive games. I've been noticing this for a while, but now I have some proof to show. Here are the three highest scores for Sea of Thieves: 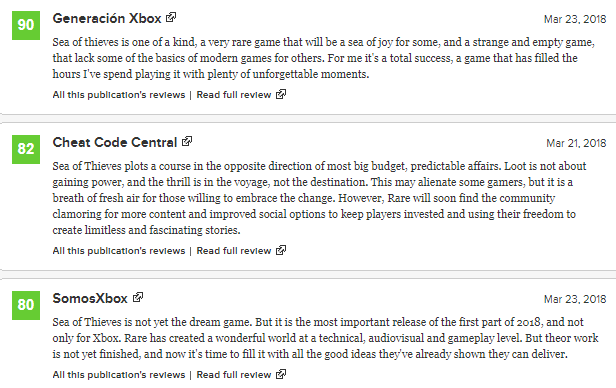 Yes, two of them come from Xbox-exclusive sites. The same thing happened to The Inpatient, on the PS4. A site called "PlayStation LifeStyle" gave the game an 85/100, when its Metascore is 59.

With all of this on the table, should console-exclusive sites be allowed on Metacritic?