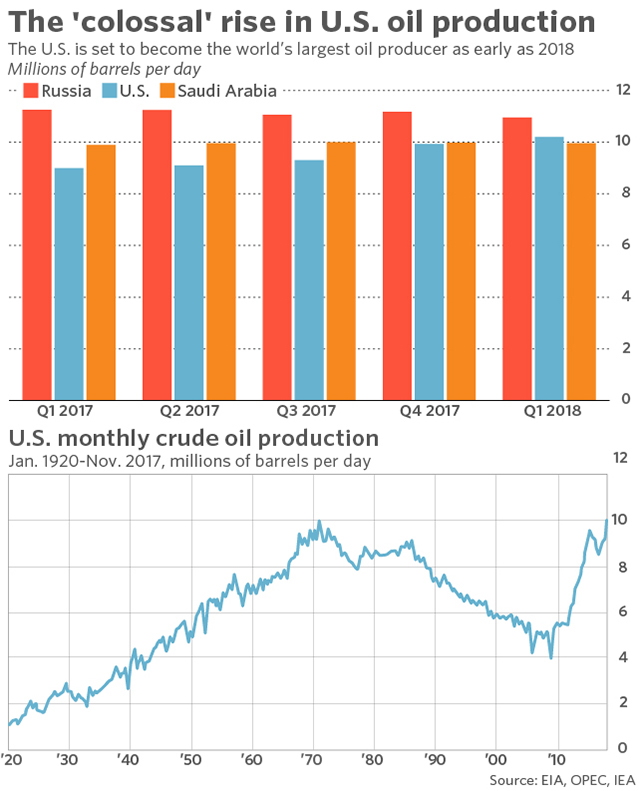 Graph for some greater context over time. Recent years has witnessed spike in production. Right now with projections that by 2020 be at 12 million barrels showing the effect of shale on the market.

"Just a decade ago, our net imports were 60 percent of total demand. Now, they're 20 percent," said Yergin. U.S. oil production, in fact, was half of what it is now a decade ago, during the financial crisis in 2008. But the high oil prices of 2008 were also the catalyst that propelled the U.S. shale industry, which has used evolving new technologies to extract oil from places once thought impossible."