"Ben [father] has always been a private person... Sara [mother] is different. She’s shared her life online for the past few years, using social media as a way to connect with people...  Sara and Ben considered themselves progressive. They would take James shopping for “boy clothes” and to get a “boy haircut.”

One day, the whole class walked to a bulletin board that James [9 year old boy] had helped put together with an LGBT student group at school. ... Finally, though, he just told them. Well, I’m transgender. “I was pretty darn confident,” he said.

Sometimes when Sara and Ben discuss those possibilities, or when they’re sitting with James at the doctor’s office, there’s a noticeable tension. Sara feels confident about moving forward. If anything, she’s more worried about James starting hormone therapy too late."

In the months since reporting this story, Charley, who is 5 now, also has socially transitioned. She’s chosen a new name (Olivia), wears dresses to preschool and is growing her hair out. She’s excited, Sara says, to start kindergarten “as a long-haired girl.” 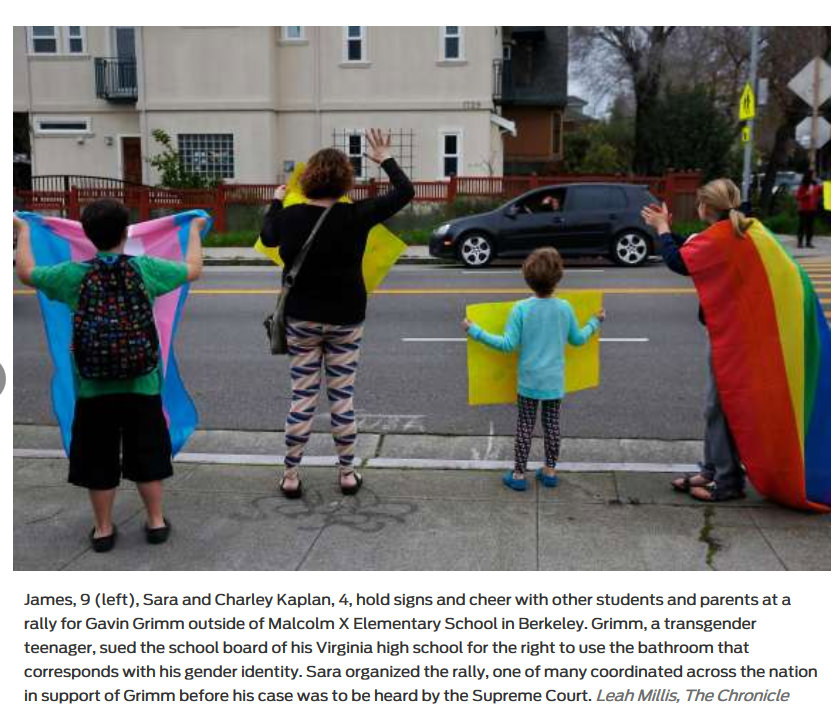