Sales Discussion - Shigeru Miyamoto: "In the world of fun, there's only number one." - View Post

1) Black borders on a TV can be corrected by setting the proper output format via >Connected display settings> option in the menu. And if you're too lazy to do that, or to update to a more recent firmware that has that option, then you can just adjust via the tv.
2) It doesn't need to, as pointed out already, the only reason why the Switch changes resolution when connected to a TV is because the built in screen is only 720p and the battery already doesn't last very long in handheld mode, it would last significantly less if running in 1080p mode. This isn't a feature it's a cost cutting measure.
3+4) That isn't actually true either, neither is "connecting it to the tv is a hastle" shtick either, if for example you have a psp go, then you can buy this: 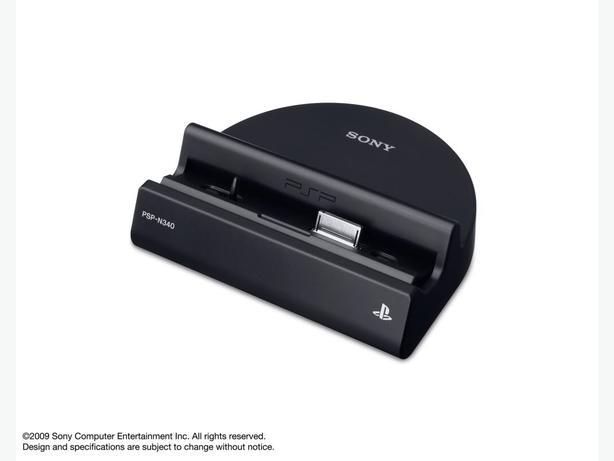 It connects to the TV and power supply the exact same way the switch dock does, and when you place the PSP go into this dock, it outputs to TV itself, you can then pick up any sixaxis, dualshock 3, dualshock 4 or licensed PS3 wireless controller and play. Literally the exact same amount of "hastle" as switch.

5) The PSP got 869 retail released games to date, not including the expansive array of PS1 classics on the ps store either, compare that to the retail releases for WiiU, Just 99 WiiU games released in america, 28 released in europe and 59 released in Japan, and this was a mainline Nintendo console, then we have the 3DS which has just 187 retail releases, 485 if you include downloadable, so even if you combine the wiiu and 3ds's entire retail library it's still significantly smaller than the PSP, so yes, you might not be getting the full force of Sonys main console releases, but you sure as hell wouldn't be struggling to find something to play.

All your list proves is the same as what my list proves, they are different devices, from different generations, with different goals and different approaches, that said, a lot of the stuff you are claiming wasn't possible on PSP, infact was, and specifically on the bold section, Ape escape academy 2 supported local 2 player on a single psp, as did a couple other games, but it's a moot point since shortly after release you could buy two PSP's for the price of a switch and do proper multiplayer.
Also, because the PSP used UMD rather than cartidges, the price of retail games was at an MSRP of $39.99, rather than the $59.99 MSRP of Switch games, sure UMD as a whole wasn't a great idea or all that fast to load from, but the lower retail price of games was nice.
And then there is homebrew...   a homebrew'd PSP is still basically the best portable emulator/gaming machine money can buy.
All in all, the switch is unique on the marketplace currently, but not because of any of the features you've listed, it's unique on the marketplace because the Vita is nowhere to be seen and the 3DS is soon to be phased out, when you consider that tablets with much of the same features already exist, and docking/tv out on a handheld was already done before, then you see that while it's "unique", it isn't all that special.
Unique on the marketplace and unique in general are two different things.