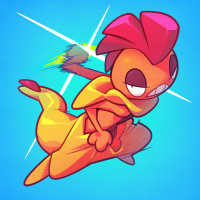 Hmm, from the ones I've played (all North American releases except the new trio-set)