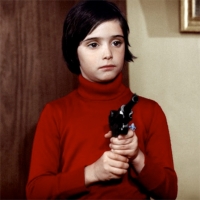 kirby air ride is mario kart taken to its extreme. mario kart 8 is increasingly moving towards (relatively) more complicated controls and more strategy, so there's room for a radically simplified racer like air ride, where it's just acceleration and directional controls.

it could work. i don't see it happening as a full price release, but given that nintendo has recently done $40 games, among them kirby rainbow curse, it's not completely impossible... personally i've always loved the kirby franchise, i think nintendo have done a lot of innovative stuff with kirby first, before anyone else. the wii's innovative motion controls could be traced, i think, to kirby tilt n' tumble. which was underrated (tho not as much as air ride) and a great game.