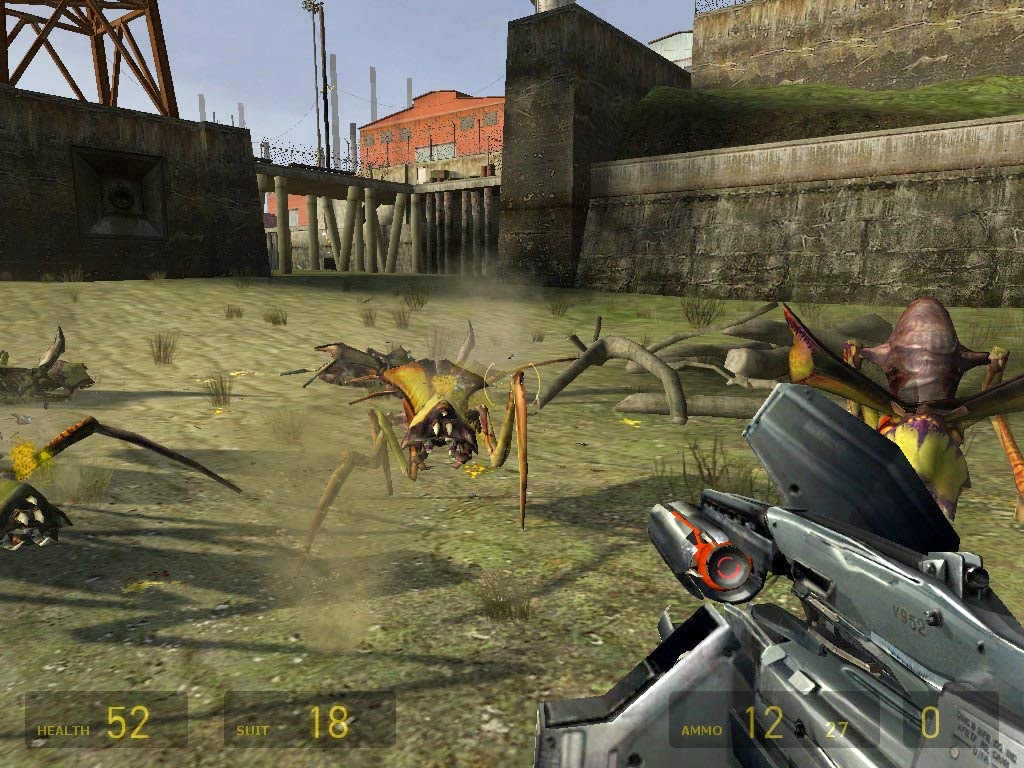 In Half-Life 2 Gordon Freeman must use his weapons and his wits to, once again, save mankind, in this instance from alien overlords and their human collaborators. Boasting an incredible physics system -- in which objects and people obey the laws of gravity, friction and buoyancy -- remarkably sophisticated artificial intelligence, and superior graphics, Half-Life 2 is the very definition of next-generation. Half-Life 2 unfolds across several chapters, some of which involve the use of vehicles, some of which are heavy on problem-solving. The variety of gameplay experiences packed into Half-Life is remarkable.