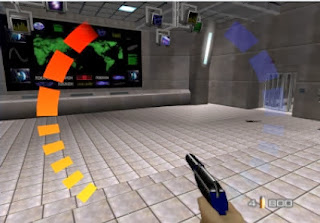 GoldenEye 007 ranks among games like Wolfenstein 3D, Doom, and Quake as one of the more important shooters ever made. Upon its arrival on N64 in 1997, GoldenEye proved two important things: one, that first-person shooters could survive, even thrive, on home consoles; and two, that they need not all be corridor shooters where players run from point A to point B, blasting everything in sight. In GoldenEye, stealth and strategy matter. Apart from its incredible and challenging single-player mode, which has tons of replay value, GoldenEye features a legendary split-screen multiplayer mode with customizable weapon sets and expertly-designed maps.