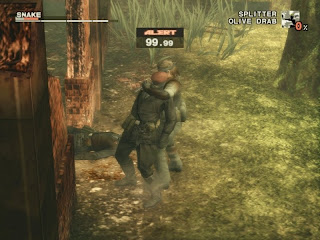 It’s getting harder and harder to reconcile Hideo Kojima’s reluctance to identify his own games as art with the cold, hard fact that his games, especially Metal Gear Solid 3, are some of the most captivating, seamlessly constructed, and emotionally powerful video games ever made. In MGS3, Kojima traveled backward in time to give fans an origin story for the Metal Gear franchise and, in the process, gave the world a terrific game with diverse, deeply layered, perfect gameplay. Players control "Naked Snake" as he infiltrates the Russian jungle at the height of the Cold War to rescue a captured Russian scientist. He must elude patrols, raid supply depots, and survive by any means necessary. MGS3 features a great story, amazing voice acting, production design second-to-none, and the best collection of boss battles in any video game, ever.