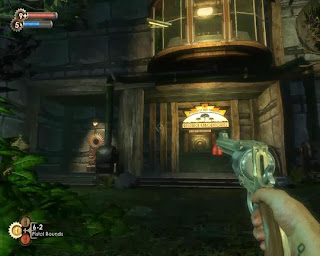 A spiritual successor to the System Shock games, BioShock honors its predecessors by cleverly merging multiple genres into an amazing game experience. While it's predominantly a first-person shooter, BioShock features elements of adventure games, role-playing games, and even horror games. It's a masterpiece of game design, and it plays very differently depending on the path the player chooses. It's difficult to elaborate on the game without giving away its many secrets, but suffice it to say that Irrational Games, who developed the game, created in BioShock one of the most unique and mesmerizing game settings of all time. From the very first moments of the game to its final frames, BioShock will steal you away to another world.