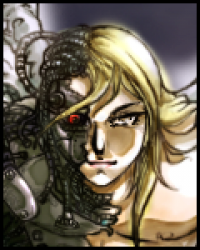 So after playing for a couple of hours per session across roughly 3 months, I finally finished Uncharted 3. Here's what I think about it:

It's a very good game. I can see it has a very high production value, and it feels very solid. I especially like Drake's environmental reactions (i.e. wall hugging, slopes, etc.) as you don't see too many games bother with that kind of thing.

The combat feels solid, with melee having that mix of Arkham and Sleeping Dogs mechanics, and gun fights are satisfying. I found the cover system intuitive (unlike in Mass Effect), and the map designs are a combination of beauty and functionality.

Story is okay. It's like watching an action adventure blockbuster. Nothing hair raising or thought provoking, but it's not bad at all. I guess they really were going for an Indiana Jones vibe.

Platforming is a combination of great and frustrating for me. I found it great to not just jump between ledges on cue, or worse, do quick time events for the jumps. I found myself climbing, scaling, leaping, being chased on rooftops, jumping from my horse onto trucks, jumping from moving cargo floats, and so on. I found it frustrating not because of the difficulty, as they were fairly easy, but because most of the time, platforming segments were such a tease. More often than not I go and do the platforming only to have my environment collapse from under me, so I would be like "WTF, what have I been working for?". Also, these scenes are not interactive. I did not have the ability to avoid such accidents, no matter how well I'm doing on my platforming. I guess it's their way for setting the mood and somehow extend platforming segments.

Puzzles are varied, and not too difficult (thank God). I think I only went to GameFaqs for a couple of  them. Anyway, they're certainly more varied than simply pressing levers from all corners of the room. I think my favorite is either the one where you have to match the pillars, or the one where you have to recreate the stabbing scene by finding the perfect viewing angle.

There is also stealth in the game, and it's enjoyable, but most of the time I just go all gung-ho because I like blasting through them better :)

This is the first PS3 game that I've finished. I am primarily a PC gamer, and I've played similar games like Tomb Raider (Reboot), Darksiders, DmC, etc., but I think the closest competition for this game is Tomb Raider (lol what a  surprise). Because of this I tend to make comparisons between the two games. In the end though, they're only thematically alike; the way they play are actually different, so I can see myself enjoying them both without picking any single one.

So, as I immensely enjoyed Uncharted 3, do you guys think I should also try Uncharted 1 & 2? And what other console exclusives would you recommend me try? My only other game is Red Dead Redemption, and I might start playing it this weekend...again, in sporadic sessions. XD