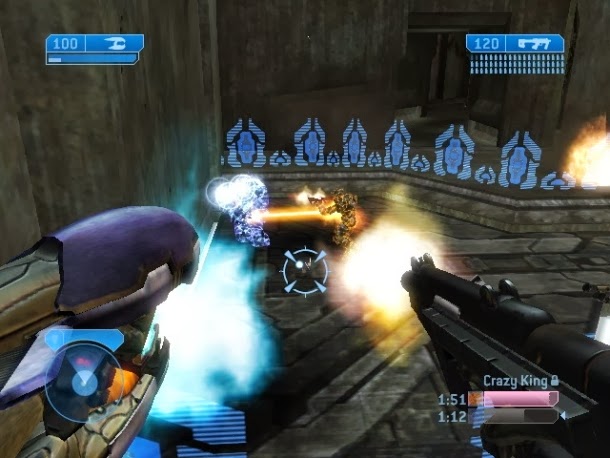 After the critical and commercial success of Halo: Combat Evolved, hopes were high for the inevitable sequel. Well, Bungie delivered on all fronts, developing a game with a stellar single-player campaign, an enthralling (if somewhat anticlimactic) storyline, and, most notably, much-improved multiplayer options. Whereas Combat Evolved launched before the introduction of Xbox Live, Halo 2 arrived in its prime, and quickly became its most popular application. For two years, Halo 2 was the most played game over Xbox Live, finally losing the top spot to Gears of War in 2006.