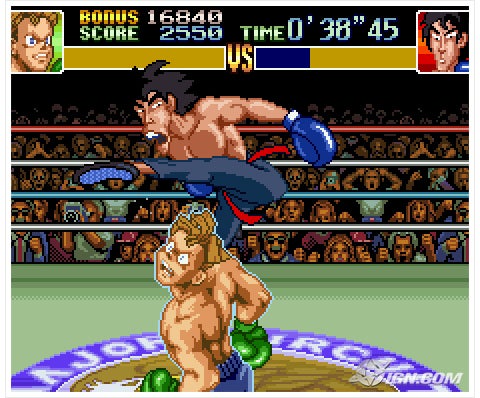 In real life I hate boxing but thankfully Super Punch Out!! is nothing like real boxing. Most of the fighter you encounter have little regard for the rules of boxing (as shown by the image to the left. Super Punch Out!! is the kind of game you play over and over again, at first because you get your ass kicked and later when you've figured everyone's patterns because you want to get a better time.

While the formula differs from the original and the Wii version, I really liked the concept of always having your super meter full as long as you don't get hit.

Anyone who wants to try out to Punch Out series should try this game out, it's the easiest of the bunch and still holds up well today (the Wii game is fantastic too!).