#1 - Spyro: Year of the Dragon (Kudos to S.Peelman for guessing this) 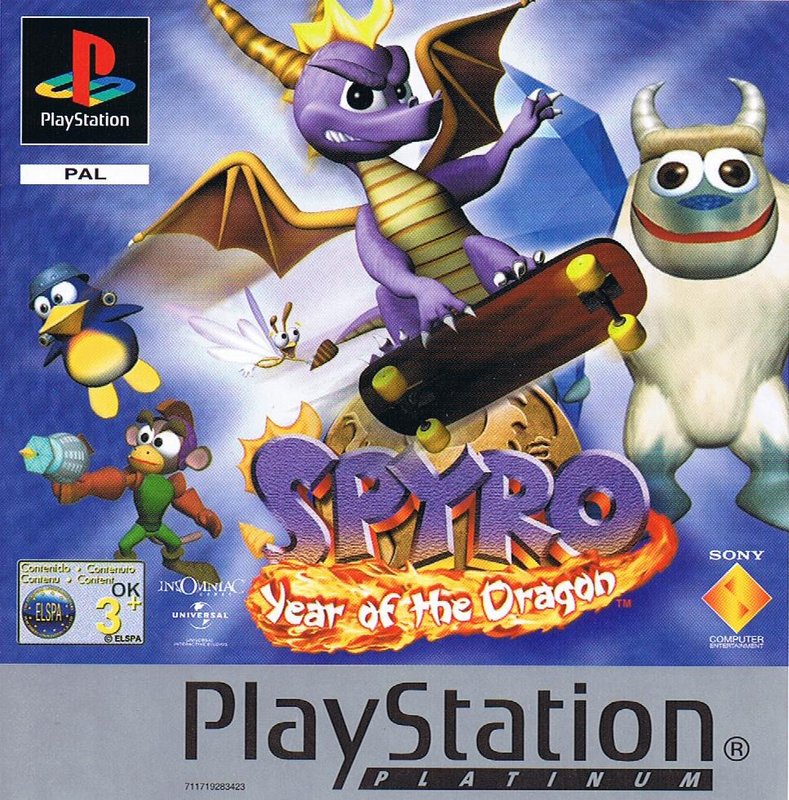 Well, what can I say.  It's going to take something truly special to dethrone this game from the top of my list.  Spyro 3 is truly a masterpiece; the best 3D collectathon I have ever played and the highlight of Insomniac Games' career.

Spyro 3 isn't the most original game.  It takes the foundation laid with Spyro 1 and 2 and just runs with it.  Instead of only controlling Spyro; now he's got 4 friends + Sparx (and Hunter) to take control of in new levels.  And it opens up a whole world of possibilities for level design.  Shooting galleries for Agent 9.  Vertical levels for Sgt. Byrd.  Add in the fact that all these characters are hilarious stereotypes in one way or another and you'll grin whenever they show up again.

In fact, characterization is one of my favourite things about Spyro.  While Crash or Mario kept their characters mostly blank slates with a bit of stereotyping so as to appeal to the masses; Spyro wasn't afraid to throw new things in.  Moneybags' insults ramp up to the extreme in Spyro 3.  Bianca and Hunter had an adorable love story.  The epilogue to the game explores what happened to all the characters after the defeat of the sorceress.

Of course, every game is about gameplay, and Spyro 3 nails this to a t.  You'll be running round beautiful, brightly coloured levels collecting eggs & gems and defeating enemies.  Pretty much what you've come to expect from the genre, but the addition of new characters is really what drives this home as the best one yet.

And level design is better than ever too.  Every level has a theme that is evident throughout - whether it be the realm of bears with magic; exploring tombs with "Tara Croft" (yes, really) or some of my favourite, simple levels such as Icy Peak or Molten Crater (self-explanatory).

I couldn't go without mentioning the soundtrack too.  Stewart Copeland is just a bloody genius.  Using the same instruments throughout the trilogy was a masterpiece that makes the music instantly recognisable, yet he comes up with some fantasticly different themes for each level which fit in perfectly with the aesthetic being created by Insomniac.

The Spyro trilogy created what has become a lifelong love of character-driven action-platformers that continued with Ratchet/Jak/Sly and I've been trying to supplement wherever possible since.

Oh, and I couldn't end a post about Spryo 3 without posting my favourite minigame ever.  It's an extra bonus that the dragon which pops out of the egg at the end is Mark Cerny, I suppose :P