Diomedes1976 on 27 February 2007
edit thread
gamingdevil said: Omg i just read this... Sony: Nintendo Should Learn from us And i can easily say that i can't stop laughing!! PS: Correct me but... when Nintendo was creating Home Consoles, what was Sony doing? With a quick rewind i think they were making radios and TV's... EDIT: Hot shots... "Rumble I think was the last generation feature; it's not the next-generation feature. I think motion sensitivity is" and "Nintendo should learn from us"... aren't the two of them combined KINDA problematic? i mean... who used it first? Sony or Nintendo? And the extra perfect SixAxis is NOTHING new... take a look at this... 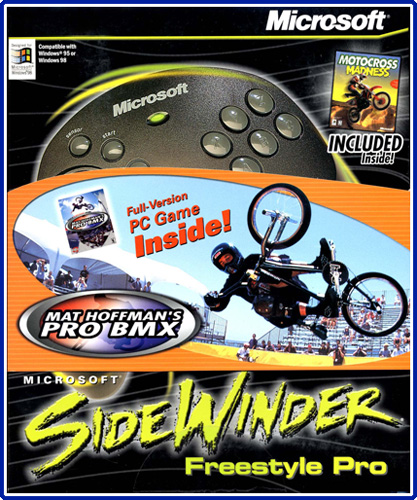 I mean... 1996 FTW!!! PS2: The Wii-mote is much more technologically advanced than SixAxis!
You must be a bit retarded .Oh well lets see how to answer to this mess ..... 1:Phil Harrison isnt Sonys President . 2.You have taken literally out of context the phrase .He was asked what he perceived the rivals strenghts and after signalling them he continued to say the competition had also some things to learn from Sony . 3.The Wii and Wiimote are a complete rip-off of the XaviX console . http://personal.telefonica.terra.es/web/mallorcadisco/infoconsolas/paginas/Xavix/Xavix/xavix.htm 4.Before Nintendo was manufacturign the NES Sony was already manufacturing the MSX series ,a game-centered computer wich triumphed in Orient and some places of the world and was house of most Konami and other third parties games which were later ported to the NES . Goodbye .