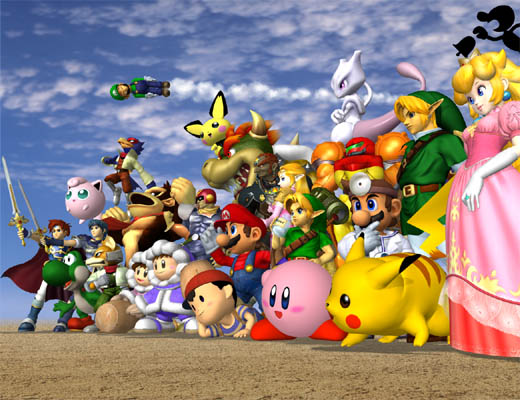 This was my fallback game through the entire GC generation and early Wii generation (before Brawl came around), and therefore probably has more play hours than any other game in my collection. Despite some of the balancing problems in favor of the faster characters, the combat was a phenomenal balance of simplicity and depth, taking an opposite tack to most fighting games that revel in their own complexity. The game also had a multitidue of side-modes and tons of stuff to collect, meaning there was always something to do that involved beating the crap out of some character from Nintendo history. The only other thing i resent about this game is that my main of mains, Kirby, was nerfed severely from the original game in Melee (although that would be greatly rectified in Brawl).

Other mains were Mr. Game and Watch, Marth, and Ganondorf.