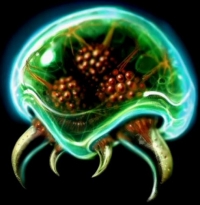 The game sucks plain and simple, there is nothing I can actually say which is good about it. Anyone who says different is lying to themselves and just psychologically told there mind that they like it. Why do I say that? Whats the best game in the series Super Metroid its the pinnacle of the franchise and Other M does everything opposite to that game.

Exploration - The main center of Metroid and there wasnt any! until the end of the game
Controls - Controlling a character in a 3D environment with a D Pad which is just annoying
Graphics - These are subpar and a step backwards after Prime 3, Also it p!ssed me off that they sexualised Samus and gave her big boobs and this curvacious figure.
Soundtrack - Oh God! Another important part of Metroid games are its atmospheric soundtrack. This soundtrack was terrible the only decent track is the Vs Ridley theme
Story - Horrible Samus is a whiny b!tch. Leave her as a silent protagonist. There doesnt need to be much of a story in Metroid games. Its not that type of franchise.

I really pray they dont do something so stupid like this with the franchise again. Thankfully the game flopped so Nintendo can go back to the drawing board. Word is Miyamoto is involved if there is one person who can redeem the franchise its him.