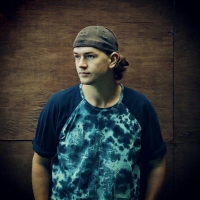 I was a constant supporter and player of the uncharted 2 online multiplayer i found it to be one of the best aditions to a series in video gaming, and when the dlc was released I was overjoyed and saddened by the fact that all my hardwork toward possible trophies was in vain as the newest trophies made your current counts null and void. So uncharted 3 comes out and all I can think about is how I'm going to wait and have all the dlc before I do anything.

Now I have most of the dlc and there's no trophies, I've (in my eyes) wasted money and find no enjoyment in the online at all. Fuck you Naughty Dog and fuck the people who constantly campaign to have the importance of trophies and achievments lessened. They MAKE the games in my opinion and add this grand sense of achievment which adds impecable worth to the DLC and the games themselves. I for one believe that it's not too late and I would happily see more money spent for an expansive addition to the trophy set of Uncharted 3, in fact given the sheer amount of DLC I would say the potential for a further 40-60 trophies is there.

But what are your thoughts on the issue?