So yeah, which are the most disappointing video game sequels? Here's some of my choices:

While offering what you would expect from a Metroid Prime sequel like new weapons, awesome bosses, new gameplay elements and a new story approach with several characters and personalities, I always had the feeling that the weak hardware kept the series from really take a step forward. Yeah sure, the new "revolutionary" motion-controls were there, but I'd much rather se them replaced by the GC controller.

After enjoying the timeless classic Mario Kart 64 for almost half a decade my hopes for a sequel with next-generation graphics were extremely high. And once it released I was surprised to see that there was "Two freaking drivers on one kart!?!" and imagined a bright future experience with the game. But here I am about eight years later, and for me it didn't stand the test of time. Especially not when compared to other titles of the same franchise. 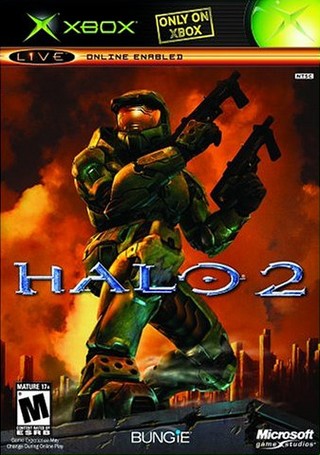 The sequel to the game that had changed my view on gaming for eternity would turn out to do the same, but on a new level. The multiplayer was great all around and pretty much introduced the formula that each new Call of Duty would end up depending on. The campaign, on the other hand, was a great setback (in my opinion!) with a lot of tight-corner based combat, less open fields and near non-existing exploring, unlike its predecessor. From a lot of perspectives the campaign mode was still great though, but after playing Halo:CE I expected a lot more of just about everything that was so great about it. And let's not even get started about the ending!!

- Zelda II: The Adventure of Link -

Not much needs to be said about this one. Some great things including the magic-bar and interacting with actual people (and not just wizards and salesmen) was introduced but that was it. Luckily, the new side-scrolling approach was quickly removed and A Link to the Past got the series back on track before any notable harm was made.

Now it's your turn!