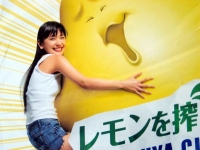 49. Yu-Gi-Oh! The Duelists of the Roses (PS2) - One of the major factors in deciding whether or not a game made the top 50 was how much time i've spent on it and how much fun I had. I've probably spent $1000 on Yu-gi-oh cards over the years and my stupid brothers didn't want to play a lot. That's where this game comes in. There are definately better Yu-Gi-Oh! video games out there, but this was my first one and I put some ridiculous hours into it, so that's why it makes the list.

48. Dragonball Z: The Legacy of Goku (GBA) - These games were like a DBZ RPG and seeing as how I love both of those things this game was sure to be awesome for me. You had an attack button and an energy blast button pretty much and you could switch through your moves with the triggers. The fights were in real time and you even had worlds to explore and items to find. You followed through the main storyline just like every other DBZ game but this time you were also fighting squirrels, snakes, dinosaurs.... it was awesome!

47. Portal 2 (PS3/ PC) - I joined the original Portal party a bit late... last year in fact. I finally got tired of hearing "It's a 2 hour game" and "The cake is a lie". I'm glad I gave in cause it blew me away how refreshing it was. Portal 2 expanded on that even more! I loved how GLaDOS was more life like, her constant barrages of insults and Wheately were hilarious. They really made me want to keep playing. And even after the story I've played a bunch with my friends in the co-op mode. XD the amount of times we'd screw up and get the other killed or figuring out the puzzles were some good times.

Also the breakdown of my list into console gens:

I started trading games in and getting an allowance in the 5th gen. Near the end of the 6th gen i started working. And i've been working throughout 7th gen. So that's why the bulk of my list is there. I got to experience more cause i could buy games myself.