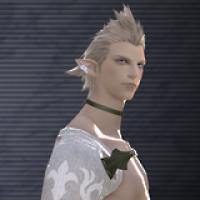 No, it's because the Wii cannot output HD graphics. Wii can gain near realism in terms of graphics (not true HD; a type of psuedo-form; God of War 2 ex.) in terms of months or slightly over a year or two of development. No 3rd party developer is going to try and work with a good Wii game like that because they don't think it's worth time and effort. Look how God of War 2 turned out on the PS2 (the CS were NICE; saw it on an HD at college). I'd say that's near perfection when working with a weaker console and it's strengths. Just tampering and tuning a game on the Wii CAN and WILL make it better in time, but it's up to a developer's decision on how they want to operate with a system. And most 1st and 2nd party know the ins and outs of their console they are developing for.