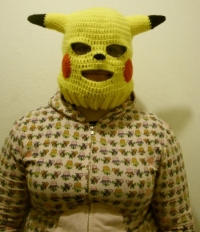 Well I finished the PC one today (bad framerate reports for the PS3 version put me off)... and honestly the game is a mixed bag. If the console versions aren't up to the PC (I played at 1680x1050 on extreme detail), then there is NO WAY it is the best looking console game.

Stuff that sucked:
*Horrible shadow scaling into the distance. Pop-in and shifting and all sorts of strange things I noticed.
*Trees (and foliage in general). Weren't convincing at all to me.
*Over-bloomed to glory. Small lights seem to have 2d light-flare effects like  Black Ops had. At least the light scatter from the sky was nice.
*Very simple looking NY skyline at times. Cardboard box looking on occasion.
*Textures... some very bad ones, especially the street textures.
*Weird animations (characters stuck in a loop), or even worse... no animations, like soldiers disappearing from the street and being on the back of vehicles the next second.
*The water... Crysis use to own water like ID Software owns pentagrams. None of the water reflects the enironment in real time any more (or none that I saw). It's all just premade env maps. Very disappointing.

It least at ran very well.