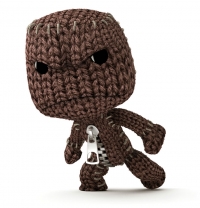 I am getting tired of the Sony is doomed threads that i decided to make a counter. Everyone keeps making there own bs theories of how Sony can fail. So here is my theories that won't necessarily happen. 2009 HOME will live up to its hype and be successful PS3 will finally make a profit the release of a PS3 slim more PS3 games will use motion senses PS3 to rerelease backwards compatibility Heavy Rain and Killzone to have release some obvious console blowing graphics PSN to emphasize on side versions of video games like quest for booty PS3 to have some more PSP interaction PS3 to finally outsell 360 PS3 to only gaming console to only more hardware in 2009 than in 2008 GOWIII, GT5, FFXIII get released in the next 12months and get respectable sales PS3 to finally receive multiplatform games that aren't ported from 360 Hopefully 2009 people will realize the difference in consoles and games instead of its price Most importantly PS3 to receive a price cut that Sony can most definetly afford.