I finally decided to STOP watching X-PLAY and G4TV. 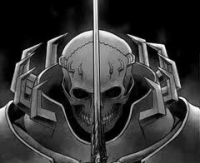 I've been watching X-PLAY when it was called Extended Play back when I was in high school. I decided to stop watching it because it got too fanboyish. X-PLAY used to be about the games for whatever console it comes out for, nowadays the spotlight is on the XBOX 360 and PC games. They focus too much on 360 games and not enough on the other great games on the other consoles. If you watch the show everyday like I did you will notice the love they have for the 360, they always have a Halo 3 or Gears cheats, they give praise to the 360 exclusives for months, and for the past 3 years X-PLAY's game of year has gone to 360 exclusives(06' Gears of War, 07' Bioshock(its now on the PS3), 08' Fable 2). I think X-PLAY focus too much on all the hyped games and forget the other good games that are also coming out. Their definition of hardcore has changed alot from an addicting game with a great storyline to a m-rated and bloody shooter. The reviews have become too predictable nowadays and any game thats m-rated has a good chance of getting a perfect score. I saw a segment on a  episode of X-PLAY about a month ago talking about the top 5 games franchises they wanted to see gone and most of the games on the list consist games for casual and/or kid gamers and I was thinking that games are for everyone even before the Wii came out; didn't they play games when they were kids, I know I did. I read forums about X-PLAY saying the X in X-PLAY means X-BOX, gamers asking if G4TV is owned by Microsoft, gamers saying X-PLAY hates japanese consoles and games, and ect. I don't know if any of that is true or not but I'm not going to watch to find out. I used to defend X-PLAY when people talked bad about it but I guess I was wrong.

i have noticed x-plays terrible bias towards japanese style games and towards the wii. Yea, but its still kinda cool watching vg centered shows, very few around. EP is okay I guess, but thats about it. Oh, and Attack of the Show is one of the most annoying shows I have ever seen. They are trying to to cater to their audience and if you have ever seen Gphoria. Their user voted award show its obvious that most their audience is 360 owners.

I haven't watched it regularly in a while. But they have always leaned towards the 360, and I don't really have a problem with that. Even if they leaned toward the Wii or PS3.

Everyone has there own bias and its hard not to show it, even if your a video game tv show. Yeah, I noticed X-PLAY is like that. I only watch it maybe once in awhile, but even if I do watch it I end up not even watching the whole show.

I stopped watching that show when they called beatmania a cheap Guitar Hero knockoff. That's like calling Doom a cheap Halo clone.

I actually havent seen X-Play in a while, I never did like Adam and Morgan, but as you said the show did used to be unbias. Sucks to hear its no longer that way. I suspect moneyhatting. Well I enjoyed reading your post and I wholly respect your opinion and support your decision.