We regularly hear about Nintendo's third party software issues which are legit but maybe not as bad as people think.  How about the first party problems?  Switch started off extremely well with Zelda: BOW and Mario Kart 8, but I am starting to sense cracks in the upcoming lineup.

Keep in mind, I'm looking at this from a sales perspective (I'm on VGchartz after all).  I know I'll buy a Switch and love many of these games, but to sell 100 million Switches they need outstanding first-party software.  Wii know they can do it!  Let me know if I missed anything.

ARMS - seems to be having a so-so launch, I don't expect this to do much.  It is nice to see Nintendo try a new IP, though.

Splatoon 2 - looks fine.  I can't figure out what makes this better than the first game, but Japan loves it, and I think it'll be interesting to see if this can do bigger numbers on Switch than Wii U.  I'm not worried about it.

Mario Odyssey - I am worried about this one.  Nintendo really should be going 2D with Mario, the proof is in the sales figures.  I was giving Odyssey the benefit of the doubt because Nintendo made great strides in open world with Zelda, but I think the game might have serious issues with the cornball theme song and strange mix reality and fantasy.  Nintendo needs Mario to perform, they have no other guaranteed hits until Pokemon.

Xenoblade Chronicles 2 - This will add some nice variety to the lineup, but we know this isn't a system seller.

Fire Emblem Warriors - Good for Japan, but not a system seller globally.

Metroid Prime 4 - this will add some needed variety to the lineup, but I'm concerned to hear it's not coming from Retro.

Pokemon - nice, it will ensure great sales for a while as long as they deliver.

This is where it gets risky - does anyone think MP4 or Pokemon will be out first half of 2018? If not, what will carry momentum through next year?  I have little faith in the 2017 game lineup to do that job (Zelda and Mario Kart maybe, but they'll be a year old).  Ironically, I think Skyrim and maybe Rocket League will do as much to save Switch in 2018 than anything Nintendo has scheduled.

well of course then add in Fifa 18, skyrim ,nba. yooka laylee ,monster hunter etc to pad out the rest of 2017, i think sales will be fine. Mario odysey reception is very positive after E3, and meh 2d mario sucks imo. Splatoon is like any other sequel, it adds new dimension and tweak to a already succesful formula not sure what you expecting really!

first party will slow down but as I never had a Wiiu then give me plenty of Wiiu titles I missed out on, on top of this there's a few people I know using it to play little downloadable games that's been around on PS4 for ages (i'm quite enjoying Oceanhorn at the moment and will get ShovelKnight next.) so if these still keep coming then that'll help as well.

Also - if they can persuade Level5 and such to release enhanced versions of their 3DS libraries then that'll help, especially in Japan. Nintendo makes way too many 2D games as it is. Let's not discourage them from doing more BOTW and Mario Odyssey-esque projects in the future. 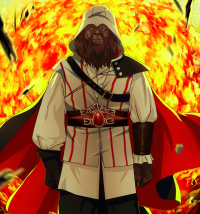 Nintendo has plenty of small I.P's and remasters to start 2018 in the post holiday lull they can easily announce in a direct. Heck I only just realize Mario Sonic 2018 Olympics is a definite possibility with the winter Olympics in Feb.

Planet Robobot and Twilight Princess HD are all games announced in directs and released without a E.3 showing that did pretty well.

They probably will have problems after 2018. That's the future, though, and the success of a console is usually decided early. They absolutely did the right thing by front-loading their line-up. Pull people into your ecosystem first, worry about late-cycle content production later.

Besides, we already know that Nintendo fans are fine with Nintendo consoles losing support early and being set adrift while they work on content for the next console. I've seen a lot of people say they were satisfied with support for the Wii U and there is no doubt the Switch will get more.

I loved BOTW - my favourite game ever and after Fallout 3 I never thought anything would beat that but it did hands down and Mario Odyssey will be first day purchase for me, I already have Arms and have Splatoon pre ordered so I am encouraging them to make these games but I am loving the little 2D games as well as I dont wanna play thyem on my PS4 but they just work in hand held mode.

Maybe its a sign of getting older and my gaming styles changing but since I got the switch my PS4 has never been switched on, not even once. 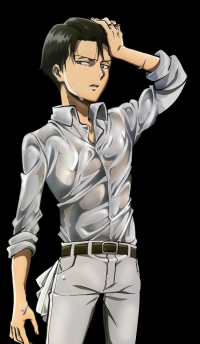 Well, they can't know for sure if this or that game will be a commercial success if they don't try in the first place. ARMS is a moderate success, but so were the Fire Emblem games before Awakening got out. Since it opened the door for a new franchise, much like Splatoon did, who can say if the second game couldn't be a massive success? Splat2n sure is on its way for one of the biggest launch of the year in Japan, and preorders are good in the USA.

Gaming is a lot of trial-and-error. Their first party offering is STELLAR this year, but does it mean that it can support Switch humongous success? Only if they sprinkle 3-4 big titles throughout the year, which they did. Zelda, Mario Kart, Splatoon, Mario, it's all part of their strategy to ensure continued momentum. I'm not worried one bit. While 2D Mario games sell well, they aren't a system seller anymore. The 3D Mario games are what will convince people to actually get the system.

I don't really feel like any of your worries are merited.

XB2 and FE Warriors will both likely sell almost 1m lifetime, which is fine for what they are.

Splatoon 2 will almost definitely outsell the original. It doesn't need to be much different - it's on a better performing platform.

Just because 2D Mario sells better doesn't mean 3D Mario doesn't sell. 3D Mario typically outsells Zelda, for the record, so Odyssey will sell more Switches than any other game this year, outside of maybe MK8D.

Now if you want to worry about 2018, then worry about that as all we know about are Fire Emblem, SMT, Kirby, Yoshi, and potentially Metroid and Pokemon, though I see no reason to believe in the latter two. But 2017 is unquestionably the best 1st year first party line up I've ever seen, so it's sales will reflect that.