In case you missed it, a 17 year old girl is accused of recording her friend get raped by a 28 year old man(who is the recorder's acquaintance).

I don't know how people would have the audacity to record rape. It'd be much worse if there were people watching the live video.

While it's unfortunate, there's one good thing that comes out of the idiot recording this- she can't lie herself out of it. With actual evidence of her doing so, she won't be able to get out innocent.

Hopefully she's in for 10-20 years. Anything below 10 will be too little for such hideous actions. Remember, she recorded her friend getting raped.

Hopefully the rape victim gets help treatment. I've heard of friends betraying each other, but recording them get raped? My god.

What the fuck? Really... This is what humanity has become? I hope the victim gets the help and respect she deserves.

What is maximum punishment for failure to help a person in danger and aiding and abetting rape in the US?

I'm asking because where I'm from there's no way anyone involved in this would get more than five years. Five years is the maximum penalty for rape around here (It's diffenrent if there multiple accounts of several victims but it's still a fucking travesty that the maximum penalty is so low) and I don't think someone, not actually perpetrating the rape could get more than the actual rapist, so I'm curious.

Also, this is really fucking disgusting. I have a hard time deciding who I'm more disgusted with, the rapist himself of the girl who filmed it all and probably arranged for someone who trusted her to be raped. 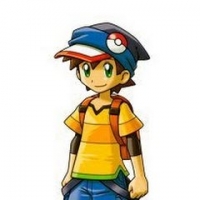 That is just horrible

If only they could send her to a male prison. There are some big scary dudes in there that would love to show this so-called "friend" a little bit of irony.

Our system is fricken rigged...Family member of mine got 10 years for simply having weed. Why the hell do rapists get such low times?

Hope she dies tbh. Wouldn't care at all. I'd actually be happy.

I feel sick. This is so fucked up.

Whatever the maximum sentence is, I hope they get it.

Yeah. Rape actually has the same penalty as piracy. You usually only get the really high times when  A.) the elites money is being messed with  B.) Murder C.) bias is being played. The U.S. system still has major problems with equality before the law, as far as I'm aware. Black people still stand worse chances in court and usually get higher sentences for pettier crimes, same goes for people of lower economic standing. It's a mess.

At least in this case there's no way either one of them is going to walk.

If her and her buddy get sent to jail, they'd probably learn a lesson taking a shower w/ big black dudes.

Let them drop the soap and see how it feels like. Scumbags.

Who ever thought friendship meant so little?