Momohime up next. I want that secret ending

I've finished both stories as of yesterday. Here are my general thoughts. The game is beautiful to look at, with the backdrops being particularly nice (I love the levels with water in them) although the character models seem a bit lacking to me, especially in comparison to some of the areas.

In terms of gameplay, it is responsive and smooth, but I also don't think it does much that feels truly original. You have a standard three hit attack for all swords, with only two different types of swords, so the combo variety is lacking. At most points, the game just comes down to spamming the special abilities. I felt somewhat disappointed by the first three or so boss fights, but the later boss fights increase in complexity and difficulty.

The RPG elements are also quite limited. You level up and can create swords, but you have no customization options outside of swords and accessories. I think the game could have improved quite a bit if they just allowed you to level up the abilities rather than tying the abilities to specific swords.....because lets face it, some of the abilities are next to useless. : )

Both characters play remarkably similar. The different bosses was a nice touch though and added something new to the different playthroughs. I just started my fury playthrough, where you die with one hit. I just beat the first boss on Momohime's story, but I'm dreading some of the later boss fights. 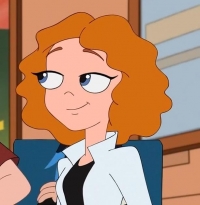 Yes, both characters play similarly, there are only minor differences like Momohime recovering a bit faster after her down+attack mid-air move (or it seems that way). Different sword skills at their disposal are the biggest change.

I watched a few videos after unlocking fury, and it seems that unlike in shura you can block things without getting your weapon broken in a few hits (or one if it was a ninja bomb).

I don't think I'll play in fury, I've pretty much give up on blocking to avoid misplays due to the control layout.

There are two secret endings per character, you'll have run a lot

Oh man...but I could have sworn in the credits it said that equipping the final blade would unlock a different ending. No mention of multiple secret endings.

It seems that my blades are breaking a lot less. I don't how much is skill though. I rarely ever block, but I might run into trouble on the later bosses. I finished Momohime's story and I now just finished Kisuke's 3rd boss. The game is fun but really simple, =.= I have gamer ADD

Just when I thought that I was near the end of the postgame I found that I have to beat the story bosses again for extra accessories. Thank god for the postgame temple teleport...

Which skills are your favourite so far? (I'll post mine when I have more time).

I beat Momohime's third boss, but I need to step it up if I'm going to finish this month.

@Player2: I prefer the skills that rack up lots of combos or keep the enemy from landing a hit. So things like Faerie Bolt and Skull for Momohime and Gale and Dragonfly for Kisuke.

My favourite skills has to be Divine Blade or Wasp Swarm, I prefer something easy to use or does alot of damage