Is METACRITIC bad for the Gaming Industry ?

Forums - Gaming Discussion - Is METACRITIC bad for the Gaming Industry ?

Does Metacritic affect your purchase of a game ? Can a bad game review ruin the fortcoming sales of that title ? YES.

Does the bad Metacritic  review of a good game hurt the games sales ? YES

Do many gamers allow Metacritic to decide their purchase of a game ? That is the question at hand.

Video Games as with any other product will now and always be judged. Either by the purchaser or by critics and reviewers alike. Their are good reviews and there are bad reviews, then there is word of mouth. We used to think that word of mouth was the best way to get information across to the masses, but in the day of the Internet, Twitter, Facebook, and Instagram, it so much easier to just post an opinion and within seconds it's all over the world.

Back in the days it was all about word of mouth combined with magazine reviews that the opinions of a games quality was conveyed.  Either a frind of a friend would tell you how good or how bad a game was. Or maybe you would just have that game on your radar, then when it's released you would pick it up and see for yourself.

Game magazines played a huge part also. Gamepro, EGM, Nintendo Power, PC Gamer and the likes, were a huge part in the decision making on weather you bought a game or not. If the review was favorable, that was all it took to push you over the fence. A ad review also made you think twice about your future purchase.

But Metacritic is a whole different beast. A combination of all reviews will calculate the percenage of said game score. Is that fair ?

How many respected game reviewers are there left ? Game review sites are at an all time, but do we really need to take some of them seriously ?

Can Maxim Magazine review of a game really be taken seriously ? How about the dozen others that pop up every year ?

Metacritic has a very huge effect on the Gaming world, some good and some very very bad. What does a Metacritic review of a game say to your interest of purchasing that game ?

The solution is simple, don't make bad games. If you don't want your game to be a flop, then actually try with it. If your game flops and is still a critical success then maybe you are catering to the wrong demographic.

A prime example as of recent is Yoshi's New Island. A semi-flop that had bad reviews. If Nintendo really wanted it to do well, they would've actually made it themselves or at least checked to make sure the studio wasn't molding a piece of crap.

I only read the first three sentences and then skimmed the rest, just for reference sake.

Please read entire OP's before posting from now on.

I would say no. I have never seen metacritic make a game sell less units. 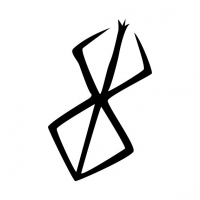 "Yes you should buy this game for this...this..and this but there is this...and this problems" 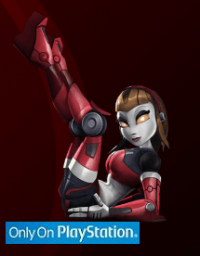 Beyond Two Souls! The game had big hype before reviewers(some of them) crush the game score.Most people that actually played the game said is not as bad as some reviewers painted.I played and if you liked Heavy Rain(an 83 game on metacritic) you probably will like it too.

I wouldn't say metacritic is bad. It is just an average of what a bunch of people thought of the game. Basically, it gives the user an idea of what the review community as a whole thinks of the game.

Generally, I will look at the IGN review (which is probably the most important review to me because they are generally pretty good at assessing a game) and metacritic if I'm thinking of getting a game I am on the fence about. The IGN review generally isn't that far off of the average. In fact, most game reviews on metacritic aren't that far off of the average. Yes it is bad because a lot of bias review sited are present to ruin the average. Im not getting into this too much but when people have a certain logic that if a game isn't above xx score that it isn't worth playing, a system that takes the average of a bunch of site that all have different criteria for their grading process symply cannot work.

Example some sites see a 6.5 as an average but very good game while others say that 7.5 is normal and anything lower is sub par. You can't combine these scores and expect an accurate measure of quality.

The best thing to do is pick s few review sites that you agree with and read what they have to say and get your impressions that way. Unfortunately most people are blind to this and just want a convenient number due to sheer laziness when it comes to reading.

I was pretty excited about beyond two souls.  I really liked indigo prophecy and heavy rain, but good lord beyond was terrible.  The gameplay wasn't really all that bad, but it did seem to require less input from the player compared to previous games and some of the controls were terrible.  However, the biggest problems was the narrative structure, the all over the place approach was terrible and hard to put a cohesive story together.

Honestly, if anything I think the reviewers were very forgiving with their scores.  Beyond two souls was a big let down...