The Elder Scrolls Online will be a "premium" subscription-based massively multiplayer online role-playing game, carrying a monthly fee of $14.99/€12.99/£8.99 after the first free month.

Zenimax Online Studios president Matt Firor revealed the news in an interview with Gamestar. He said a business model where players pay once per month for access to the entire game is better-suited for the MMO than a free-to-play scheme.

"We feel that putting pay gates between the player and content at any point in game ruins that feeling of freedom, and just having one small monthly fee for 100 percent access to the game fits the IP and the game much better than a system where you have to pay for features and access as you play," Firor said.

"The Elder Scrolls Online was designed and developed to be a premium experience: hundreds of hours of gameplay, tons of depth and features, professional customer support--and a commitment to have ongoing content at regular intervals after launch," he added. "This type of experience is best paired with a one-time fee per month, as opposed to many smaller payments that would probably add up to more than $14.99/month anyway."

Firor pointed out that Bethesda's decision to go with subscriptions for The Elder Scrolls online is "not a referendum on online game revenue models" like free-to-play, which he said can be "valid."

"But subscription is the one that fits ESO the best, given our commitment to freedom of gameplay, quality and long-term content delivery," Firor said. "Plus, players will appreciate not having to worry about being 'monetized' in the middle of playing the game, which is definitely a problem that is cropping up more and more in online gaming these days."

"The fact that the word "monetized" exists points to the heart of the issue for us," Firor added. "We don't want the player to worry about which parts of the game to pay for--with our system, they get it all."

Bethesda recently said that The Elder Scrolls Online will see a "high frequency" of post-release support.

The Elder Scrolls Online is aiming for release on PC, Xbox One, and PlayStation 4 in spring 2014, though official release dates have not been announced. For more on the MMO, check out GameSpot's previous coverage. 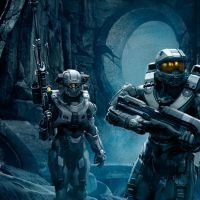 Yeah the subscription part turned me off too especially since its $14.99.... I'll be playing Skyrim LE and Oblivion GOTY till this goes F2P. Bethesda and their lame excuses ... And people bitch about 60? This is murder lol

Nooo :(. I went from absolutely getting it, to getting it depending on my backlog.

It's about the same as the remainder for me: for a sub? No, thank you.

It's hilarious to see how many people are going to back for Bethesda for this. It's not because they think that the game will be worthwhile, but every time a company 'dares to buck the trend'? Yeah, people come out of the woodwork to claim that THIS one, this particular game, will be the line where P2P makes its stand and comes back against the tide of F2P games. They turn this thing into some kind of Braveheart analogue that they are fighting the good fight.

Sadly, it will probably end up being very similar to The Old Republic. Big first month, horrible after that. Maybe Zenimax is figuring that selling over 12 million Skyrim copies will translate into millions of MMO users who will pay per month to get at the game. Yet that doesn't usually translate near as well. Not even Blizzard is remaining with the sub model: WoW is a sub, but they've already announced that Titan won't be. So, we are one MMO generation off of one of the most influential MMO companies in the world going ahead and moving to a F2P or B2P option. Not to mention with WoW losing people hand over fist, there could be the possibility that when they get low enough, they might consider the jump themselves.

All in all, I don't think they're doing themselves any favours. I'll be waiting until this goes F2P before I consider trying it out.

Why are people so against subscription fees? I'll never understand this.

Hell, buy it on PS4 because MMOs aren't behind a paywall.