That's why I feel so bad for Sony.  Any market MSFT wades in turns into instant red sea.  They got jaws and they are after blood.

Thanks for clearing that up. Nintendo have really done their own thing since Iwata took over. So if microsoft decide to go the casual route then that is their choice. 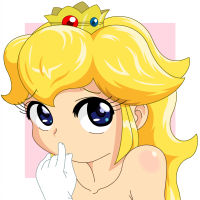 After reading the whole debacle, I see this thread is more like a ideals clashing with Wii fans (the OP) and Nintendo fans (majority of us). And Nintendo trying to establish a middle ground, but we already heard Nintendo said they're going for core-gamers even before the WiiU was out, so I really don't see the point in this, only if it Nintendo off-shoot themselves too much on either side. But at this time it's too early to tell and just lead to speculation...

True, there will be some improvements, but I'm currently playing recently released games on my gaming PC rig, which was built in mid 2011, and while the graphics are good, with excellent hardware, the imrpovements aren't dramatic over the best-looking 360/PS3 game. Neither Sony nor MS will go towards the high end of GPUs, due to costs, so at best, they'll be on par with my PC's graphic card, and I'm rolling with 16 GB ram inside, and 6 cores at 3.2 ghz/core, and 1Gb ram on my vid card. So even if the specs are comparable to my current PC, there's not going to be a "Oh my God this looks sooo much better" response between current gen and Sony/MS next gen machines, nowhere close to the jump from SD to HD.

The point is, it's going to require both Sony and MS to move in a different direction to make the sale this time around.

In answer to this question - I wouldn't classify myself as a Nintendo fan but as a Wii Fan.  Before Wii I was strictly a PC gamer.

Its an impressive game considering its a Wii U exclusive but it doesn't blow me away. The game is possible on PS3/360. Nothing mindblowing happening in there.

Yeah, of course. Because we all know there is nothing impressive or mindblowing on the PS360.