Daw, that's adorable. The art style and story is awesome. There seems to be a lot of adorable stories related to Fluttershy.

@Final Fan, not sure whether to find the image cute or terrifying >.>

Up from the grave!

Haha, that's awesome. I was sure it was Shining Armour although the incest thing was slightly creepy (thought maybe he was just saying it because he was her sister). Gummi is great though haha.

I see Mr. Khan is still at his creepy incest shenanigans.

My thoughts trended that way reading the comic (but if its not yuri incest, it holds no interest for me

), but the joke is that the human teenage hearththrob is actually Gummy. 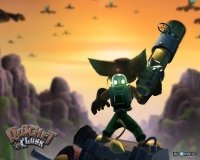 Welp, just saw Equestria Girls via youtube cam rip. I told myself when it was announced that I'd give it a shot, same as I did for the show itself.

It wasn't as bad as I thought it was gonna be. Definitely pretty weak in a few areas, but the characters were all instantly recognizable, and the facial expressions for the characters was much, much better than I had anticipated (which helped offset the awkward character design and other animations). Most of the songs were very eh, with one that was pretty catchy. There was lots of humor, and most of it worked quite well.

But if you've seen all the episodes before, you've pretty much seen this too. Just... you know, in pony form. And without Flash Sentry, though to be fair, he played a very minor role.

Also, I still love Ashleigh Ball's voice. So very much. <3

- Twilight is pretty much in character (with one exception), as are the human counterparts to the other members of the mane 6. Each of them is instantly recognizable; maybe a touch exaggerated, but overall very well done.

- The humor. Seriously, I kinda wish that the movie was literally just Twilight adjusting to being human. Hilarious. We also see the return of an infamous CMC song... which I appreciated.

- Trixie's brief screen time. I felt bad for her, actually. She's sort of just a joke in the movie, and towards the end when the mane 6 are chasing Sunset Shimmer, they run right past her and she looks seriously sad. In the interest of full disclosure, I have never been a big fan of Trixie; I always felt like the fandom made way too big a deal out of her.

- Demons, angels, and fireballs (the final battle thingy looked pretty cool). Completely unexpected, but very reminiscent of A Canterlot Wedding. It's a shame that it didn't hold up so well.

- The climax and conflict resolution. Seriously, Sunset Shimmer had so much potential! She could have been an incredible villain! She was not developed at all, though, beyond us learning that she was Celestia's former student who turned evil. We don't understand her motivations for trying to rule Equestria or anything. And after she turns into satan, the problem is resolved in literally the exact same way as the very first episodes. Oh no! The evil villain has destroyed/captured the element(s) of harmony! But that's okay, because the power of friendship is within us all. Rainbow of doom, and... BAM! The villain isn't evil anymore. Not to mention the sudden shift in tone right at the end, leaving very little time (less than ACW part 2) to resolve the conflict that could have easily used triple the time given.

- The setting. Seriously? High school? Okay, okay, so this was a blatant money grab by Hasbro. But come on! Just... just... anything else, please.

- Romance. Seriously, it was almost not there at all, which is good. But what was there wasn't bad or anything. It was just there. The biggest problem I have is Twilight's sudden attraction. I mean... okay, sure. She likes guys. Cool. But she's a pony. Even though she's human in the movie... I dunno. It's just awkward. Twilight is not Lyra.

- The songs. They were just eh. Nothing spectacular, nothing awful. The win the crown song was kinda catchy, and the scene itself made me smile, but that was about it.

Once i get a damn job and some money, i have to pick up a copy of the movie.

I think the DVD comes out on August 6th. Not sure if the movie is still in theaters, though I'd imagine it is. It was only released in limited theaters though, so you might have a hard time finding it if you want to go that route.

I'll be honest; I just didn't want to spend money on it. I figured it would be awful.