i want a game like mass effect but in the samurai age , with great combat

I would just remake CoD4 (same core gameplay and everything) but with the following changes:

- Updated graphics so it looks as good as MW3/BF3

- The following changes to the perks

- Get rid of the knife melee, and make it a 2-hit kill gun melee like in Halo. The knife can be brought out and then used by pressing down on the d-pad (takes like half a second to bring out). That way it isn't instant and people don't get panic knife kills.
- Have all the maps from CoD4 (with the exceptions of Bloc, Showdown, Wetwork and Downpour) but also import all the best maps from, CoD2, MW2, Black Ops, World at War and MW3.
- On top of all the best maps from CoD2 thru MW3, make a few new maps. Maybe 2-3 small maps the somewhere around the size of Killhouse, then a 2-3 maps slightly larger than that like the size of Firing Range (Black Ops), and just 1 new big map that's good for sniping. I'm a huge fan of small maps like Firing Range, Killhouse, Backlot, etc.
- Bring in SOME of the weapon attachments from newer CoD's like dual mags, extended mags and bayonet (for the rifles). But none of the retarded ones like thermal sight for snipers or heartbeat sensor...those 2 are just retarded.
- Bring in some guns from the newer games. I'd love to see the TAR-21, ACR, SCAR-H, Intervention, UMP, etc. Also have an assortment of WWII weapons like you'd find in World at War such as the Kar98, Thompson, MP40, etc.
- Get rid of the M21, its just stupid how its semi auto and has no recoil, people just use it like a 2-hit kill assault rifle with a big scope. The Dragunov is fine because it has huge recoil and isn't cheap like the M21. And slow down the rate of fire on the .50cal so people can't spray it. Make it like 2 shots per second maximum, not "as fast as you can pull the RT" like it is now.
- The only change I'll make to the otherwise perfect 3-5-7 killstreak setup is allow users to choose the direction their airstrike comes in like in MW2 and Black Ops. As it stands now it just comes in at random angles and can either be awesome or a complete waste. If we could choose the direction it would be way better.
I would be more than happy to pay $60 for this game to be made, and I'm sure anyone who was a fan of CoD4 would love my ideas. Basically in a nutshell I just want CoD4 with dedicated servers, updated graphics, the stupid perks removed (Last stand and martyrdom) and then some newer stuff added to add to the game. I can guarantee if Activision released this it would sell millions (if it got a full release with advertising and stuff). They should put out MW3, then take 2012 off, and then in 2013 come out with this CoD4 remake and rake in the cash!

Shit I don't know why my post came out so ugly, I tried putting spaces between each point...oh well whatever

Think a rougue like with a huge open sandbox world full of dungeons and mysteries, bustleing cities full of NPCs, dynamic weather, dynamic economy etc with the combat of skyrim. Every time you played would be different and you would never know what's around the next corner. With a permadeath option of course on by default and a veriaty of "win conditions" like becoming the richest man in the game world, slaying some increadably tough boss, become king etc, each of which would take both lots of time and skill but also a little luck.

Everyone who playes would have their own unique experiance playing it full of imergent gameplay, the story of each character would be truly unique. For example you could be hunting in a forrest at night and stumple upon a witches covern performing some ritual and you could, wait and watch, attack, try talk to them or flee. If you watched you could learn a spell and the witches could sommon an powerful beast and then you could attack or flee etc. If you attack you would be in a fight with poerful spellcasting enemies (and you could even have just started the game and get owned or maybe you have been playing for few hours and be in a tough fight with great rewards or even be epicly powerful and defeat them easy). If you talk to them maybe they would trade with you and if you fled you could avoid the whole thing or if the monster had been sommoned be hunted down. Every encounter could be like that every one could be interacted with in a dozen ways and you would never know exactly what to expect and there could be thousands of such encounters randomly dotted accross the game world which would also be random.

You would also have options for things like journal/quest log (auto, manualy sellect impotant notes from convo log, totally manual and you have to type in note yourself), map (auto map that fills in as you explore (with place names etc attached), auto with manual markers notes place names etc, or Etrian Odyssey style draw your own) quest helpers (arrow pointing where to go, marker on your map or just whatever details you get from NPCs and it's up to you to make notes and where to go/ mark your map) and many more now thats what im talking about.... it sounds awesome

- Twilight Princess, but slightly challenging.
- A sequel to the SNES Mario RPG.
- Mother 4
- A worthy sequel to Chrono Trigger

A Zelda game with HD graphics would be nice.

My dream games would be Xenogears Eps 1-4, 6, as outlined in Perfect Works. This time with HD graphics, no budgetary or disc space limitations like the original had. 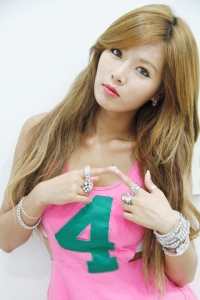 A game like Just Cause 2, but with an open world that is the world! Imagine an open world game that uses the actual Earth as its playground. Of course, there would be something like teleportation pods in all of the major cities, since it would take an ungodly amount of hours to just get anywhere.

Studio Ghibli working with team Ico to create an RPG set in a seamless open world.
I'll settle for Level 5's collaboration with studio Ghibli in the mean time.
http://gamrreview.vgchartz.com/game/45870/ninokuni-shiroki-seihai-no-joou/
The last guardian might quite possibly be my dream game already.

A free to play FPS MMORPG game much like WOW but like Halo for story but with the awesomeness that is Mass Effect.