I have a complain I HATE Hip Hop, so I'm going to ignore this thing until OP can bring a page titled Newagegamer, Can you do that OP???

Why wouldn't Nintendo make their next console notably more powerful than the current HD consoles? What speaks against it? 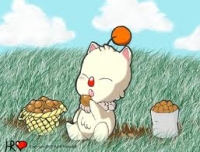 I also want to thank trestres for actually watching the video... >_>

Expense and imagery. If they do make it stronger, it'll take a backseat to other features, much like with the 3DS

Nintendo has good engineers, they are capable of designing powerful hardware that is cheap to build, see Gamecube. Development costs for games really aren't an issue, because Nintendo has the money and they know how to work cost-effective, third party publishers don't mind going broke as this generation has taught us.

The problem with creating another console along the lines of the Wii as you suggest is that it's once again not going to work. Nintendo doesn't develop all kinds of games, so they ultimately need third parties somewhere down the line. Another generation of ports being not super easy to do is going to lead to another lock-out of Nintendo by third parties.

Of course another Gamecube isn't going to become successful either, so Nintendo has to create a powerful, yet unique console. That's not easy to pull off, but in the realms of possibility.

The bad things that have come to gaming during this generation:

-Journalists who started playing games around the PS2

-The rise of the "hardcore" gamer

I've never heard of this guy before, but I'm not going to refer to him for my gaming news

All they need to do is release it at $250 and it will kill everything.