WARNING: In this article you will find the soundtrack on Spotify. If you want to listen to some of those track, DO NOT read the descriptions ... just click and drool:

Hey PlayStation.Blog readers! With only one week until the return of Kratos, I’m delighted to announce that the full God of War soundtrack is live today on Spotify, available on PlayStation Music!

When Santa Monica Studio asked me to compose the score to the new God of War, I was awestruck, because I’m such a fan of the original games in the franchise. As I collaborated with game director Cory Barlog, it became clear that this new game would require wholly new music that did not revisit the memorable scores of the original games, but instead ventured forth into new musical territory. I took my memories of that classic God of War soundtrack – the deep choirs, pounding drums, and shrieking brass – and reinvented them for a Norse age. I wrote new themes, and introduced to the music exotic instrumentation and languages from various Northern European folk traditions.

Of all the new pieces that I wrote for God of War, the song that means the most to me personally is probably “Memories of Mother.” This was the first theme I wrote for God of War, and it was not for the Mother — it was for Kratos himself! Inspired by the new game’s shockingly emotional story, I set out to completely reinvent the musical language of this character, to compose an unexpectedly beautiful theme for Kratos. 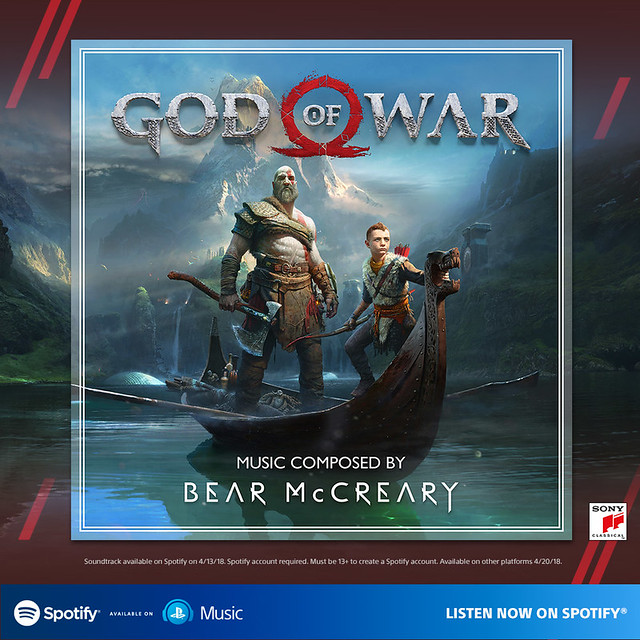 My initial musical sketches were built entirely out of variations of this melancholy theme, and produced nearly four years ago for an early prototype of the game. As the game moved into full production, the Sony creative team and I realized that the theme was actually too sad and lyrical to represent Kratos. So, I shelved it and set out to write a new theme, a piece that would ultimately debut at E3 2016 with a live orchestra before the announcement of the game. That melody is more reflective of the qualities one associates with Kratos: masculine, relentless, and badass.

About a year after I started writing, I shifted focus to scoring cinematics, and it became clear I would need a theme to represent Atreus’ mother. That’s when I remembered the beautiful melody I had abandoned! It was exactly the theme I needed. The Mother Theme was then woven into dozens of scenes, and is now featured in the score as much as, if not more than, Kratos’ main theme.

“Memories of Mother” was the melody I first imagined years ago, when I was tasked with finding a new sound for the franchise. I hope that fans will be deeply moved by it as they play through this epic adventure on April 20.

Exciting. Women often have difficulty with technology. Is there a way to understand?
bloxorz