I am still sulking in a corner for having this game not release in America until OCTOBER. What am I supposed to do this summer??

Meristation, one of my favourites sites, gives yoshi 8.5/10

Yeah, my bet will be an 80/81 and 85+ user score. But, while I understand the Splatoon criticism and I'd say there were valid arguments (lack of contents day one, for example) I don't get the Woolly World criticism. How could you possibly criticise the look of the game? How could you say in the same review that the game is so easy and... too hard? I know each one has his opinion but... I think this game deserves way more than a 78 meta, just as Tropical Freeze (83), Splatoon (81)... I don't agree with reviewers these days, and this has only happened to me this gen.

Watch the IGN review, is pathetic

He waste all the video praying the game, and in the last seconds PUM 7.4... It makes no sense tbh 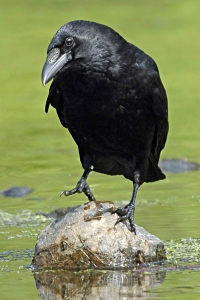 What the fuck! XDDD. Okey, he's praising the game all the time, so I guess it's fine. But each reviewer has his way to score a game, so, maybe a 7.4 is an amazing game for him. It's a shame though because it affects the metascore, and potentially the game's sales. I agree that it's ridiculous that the same media has scored New Island higher, when it's clearly inferior. I doubt anyone can doubt that, but... shit happens.

I don't know what's going on later, but, I think that this game deserves way more score (I will reassure this when I actually play it though). Exactly the same as a lot of exclusive Ninty-games this gen (W101, Tropical Freeze, Kirby...). And it's obvious that there are a lot of difference between user scores and reviewers' score. So if the reviewers' score don't reflect the users' score... There's something wrong.

While I think that (due to the mentioned negatives) the review warrants a rating in the 7s (maybe in the high 7s, though), I just find it amusing that some other very famous game (won't mention it as not to derail this thread) got a better rating with a more negative sounding review.