"Tabata also assured me that Type-0 HD will be a full retail game, and while he couldn’t comment on when we’ll be able to play it, he mentioned that it’s currently about 80% done"

It sounds so close, probably a Q1/Q2 2015 title depending on how square wanna finish their fiscal year.Considering its rather far along I'm surpised they haven't shown it yet, but I guess we're bound to see it at TGS. This bodes well for Sony's PS4  as its in dire need of a big release in Japan and this game together with bloodborne will give the system a much needed relaunch, especially since Deep Down is being constantly delayed.

Inject it into my veins. Give me release date I give Sony a PS4 purchase! 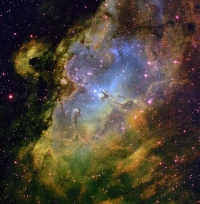 Check out my site: http://www.agamingwebsite.blogspot.com/

I need a singleplayer final fantasy game in my veins !!!
i guess this is the one will release first :S