Amanita Design's next adventure will playfully explore 1984-style propaganda
https://www.pcgamer.com/uk/amanita-designs-next-adventure-will-playfully-explore-1984-style-propaganda/
There's really nothing quite like an adventure by Amanita Design, makers of memorable and beloved games like Samorost and Machinarium. So I'm sure I'm not the only one thrilled to see the Czech indie collective has just announced a new game. It's called Phonopolis, and the "hand-crafted adventure" will be the studio's first dive into full 3D graphics. Check out the beautiful and intriguing (but painfully brief) teaser above.

There's Warzone XP in King Kong's crown jewels
https://www.pcgamer.com/uk/theres-warzone-xp-in-king-kongs-crown-jewels/
Operation Monarch, the latest live event in Call of Duty: Warzone, is the kind of crossover you'd expect from Fortnite. It adds King Kong and Godzilla, though the two behemoths aren't real interested in battling each other. (...)
Players will find their own ways to have fun, however, and one bold soldier did so by jumping a helicopter, flying it into the Eighth Wonder of the World's upper thigh region, and farming Warzone XP using the helicopter blades. Yes, as the player in question put it in a Reddit post that was first flagged NSFW then removed by the humorless mods of r/CODWarzone, "You get XP for tickling Kong's sack."

V Rising developers will make offline mode available 'as soon as possible'
https://www.pcgamer.com/uk/v-rising-developers-will-make-offline-mode-available-as-soon-as-possible/
V Rising is a new survival game from Swedish developers Stunlock Studios, and it's doing rather well for itself. Since launching in Early Access, as is traditional for survival games, the game about Dracula becoming a lumberjack to get enough wood to rebuild a castle shot up the Steam charts. It's number seven at time of writing, and has earned a user review rating of Very Positive.

Last year's best strategy game finally comes to Steam
https://www.pcgamer.com/uk/last-years-best-strategy-game-finally-comes-to-steam/
Old World had our resident strategy buff frothing at the mouth, in excitement I hasten to add, at a 4X that was actually doing some new things. In our review Fraser described it as "a brilliant 4X, and one that I'd actually recommend over Civilization at the moment. It feels like a genuine step forward for the genre, boasting so many inventive, smart design decisions."
The game was released in July last year as an Epic store exclusive, and impressed us so much that it eventually scooped our Best Strategy gong for 2021. Now the exclusivity period has ended and the game's out on Steam and GOG, alongside a 10% launch discount and new DLC that is thrown-in for free if you take the plunge in the next fortnight.

EA's split with FIFA reportedly led to layoffs at its customer support studios
https://www.pcgamer.com/uk/eas-split-with-fifa-reportedly-led-to-layoffs-at-its-customer-support-studios/
Up to 100 customer service workers at EA's Austin studio may be made redundant, with more in line at EA's Galway customer service office in Ireland, according to internal emails obtained by Kotaku this week.
The layoffs reportedly come in the wake of the publisher's split with FIFA, and an executive rethink as to how EA supports its sports franchise going forwards. Many of the jobs facing the axe worked in supporting live operations for FIFA '22, but it sounds like EA wants to outsource that work going forwards.
>> I don't know how was their customer service until now, but outsourced CS tends to be worse than the original.

This year's PC Gaming Show airs June 12 at 12:30 pm PT
https://www.pcgamer.com/uk/pc-gaming-show-date-time-2022/
There's technically no E3 this year, but like migratory birds guided by Earth's magnetic field, flocks of game announcements will pass through Southern California this June anyway. 2022's most exciting group, recognizable by their RGB plumage, will congregate at the eighth annual PC Gaming Show on Sunday, June 12 at 12:30 pm Pacific, which will be livestreamed on Twitch, YouTube, and other major streaming platforms.

PlayStation Network Launcher Could Be Coming To PC: Report

Next gen version of The Witcher 3: Wild Hunt planned to release Q4 2022

Let's make this 7th anniversary even better, shall we?

We're delighted to share that the Next Gen version of The Witcher 3: Wild Hunt is planned to release in Q4 2022.

See you on the Path, witchers! pic.twitter.com/2wQbxMP4zh

Borderlands 3 for free in the Epic Games Store. 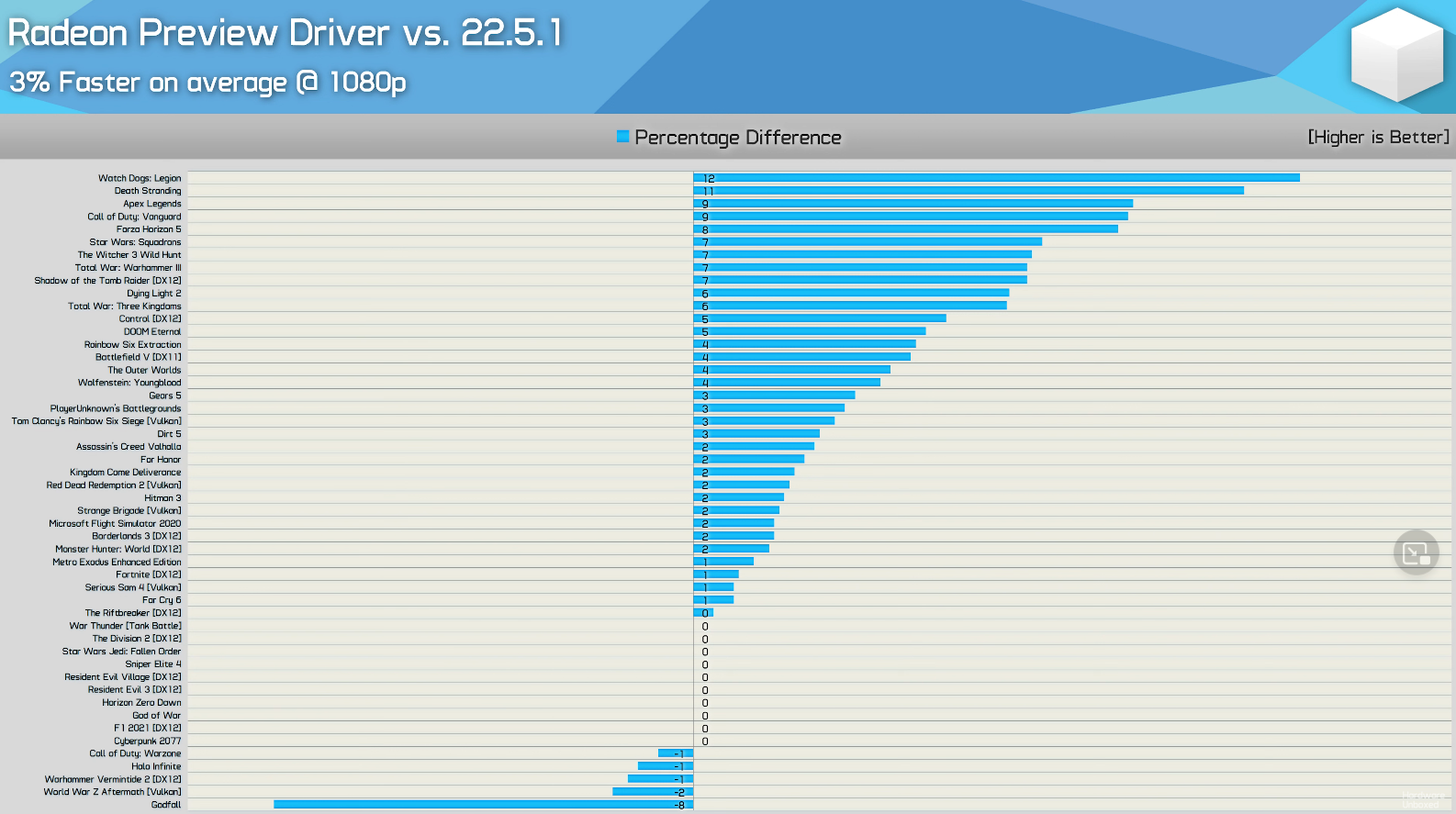 This is the "DX11 fix" driver update. At 1440p/4k, it goes down to 2% in average. So while gains in some games are impressive, overall, not much has changed. Nvidia also updates their drivers that improves performance as well and hey, free performance from both camps is always good. 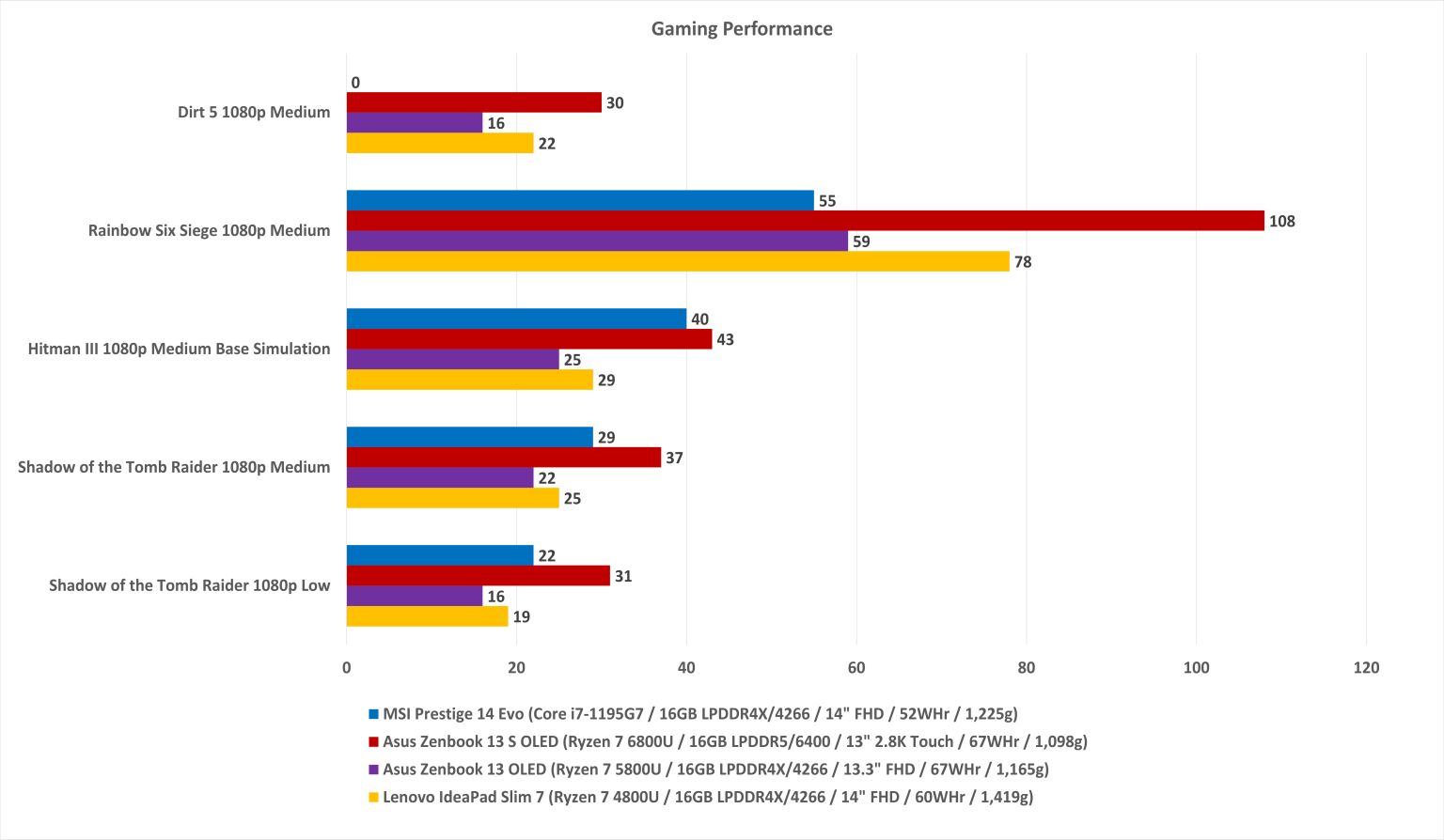 Pretty impressive what it can do

When a country goes in big on crypto:

That bit at 1:05 makes me think of the Cryptoland fiasco:

Watch at your own peril.

Also after looking at the requirements of Hitman 3 with Ray Tracing. AMD needs to make sure this doesn't happen with Lovelace vs RDNA 3:

AMD's RX 6000 series is just bad for RT. - Focus was more on compute/crypto I guess.

Let's go with the Friday news, all in one post:

GOG has quite a few sales this weekend:

Steam has quite a lot new sales as well:

Keep in mind that this is Humble Store's Spring Sale last weekend, because it will only last 4 more days.

And Fanatical has a new Star Deal: Little Nightmares II is 58% off during 24 hours: https://www.fanatical.com/en/game/little-nightmares-ii

The Iron Giant fights in MultiVersus because it's an 'alternate universe' director says
https://www.pcgamer.com/uk/the-iron-giant-fights-in-multiversus-because-its-an-alternate-universe-director-says/
In MultiVersus, the Smash Bros-like platform fighter with a roster of classic Warner Bros. characters, the Iron Giant is not the gentle-hearted pacifist of the 1999 film. He's a combatant right alongside Superman and can, presumably, violently toss his enemies off the stage into oblivion. Although his moveset hasn't been revealed yet, his inclusion in a game about cartoon characters murdering each other has sparked some criticism over the game's latest trailer.

The Future Games Show returns in June
https://www.pcgamer.com/uk/future-games-show-summer-2022-announcement/
The Future Games Show is returning this summer, showcasing over 40 games on PC and consoles. The show will be broadcast on Saturday, June 11, kicking off at 12 pm PDT (3:00 pm EDT, 20:00 BST) on Twitch, Facebook, YouTube, Twitter and GamesRadar.

An Arizona dad is suing Blizzard over his kid's $300 Hearthstone bill
https://www.pcgamer.com/uk/an-arizona-dad-is-suing-blizzard-over-his-kids-dollar300-hearthstone-bill/
As reported by Polygon, an Arizona father has brought a potential class action lawsuit against Blizzard over the sale of Hearthstone card packs to minors.
Lawyers of the father, Nathan Harris, filed a complaint in the Superior Court of Orange County on behalf of his daughter and other minors who have bought Hearthstone's randomized card packs. Harris' suit alleges that his daughter used his credit and debit cards to spend over $300 on card packs between 2019 and 2021. The suit argues that Blizzard's lack of refund policy and parental controls is in breach of "disaffirmation law," or the right to renounce a contract, as it applies to minors through the California Family Code.

The mad lads at Bungie are finally giving Destiny 2 players more storage space
https://www.pcgamer.com/uk/the-mad-lads-at-bungie-are-finally-giving-destiny-2-players-more-storage-space/
Tucked away in the patch notes of the latest This Week at Bungie, a longstanding Destiny 2 community request has at least partially been fulfilled: Every Guardian is getting 100 extra storage slots in their vault, bringing the total to 600.

Test Drive Unlimited Solar Crown crashes into 2023
https://www.pcgamer.com/uk/test-drive-unlimited-solar-crown-crashes-into-2023/
The open-world supercar racing game Test Drive Unlimited Solar Crown was announced in 2020, and a year later was scheduled for a release in 2022. Sadly for fans of the long-running series, that's not going to happen, as publisher Nacon has announced that it won't arrive until sometime in 2023.

Blizzard nerfs $25 Hearthstone card
https://www.pcgamer.com/uk/blizzard-nerfs-dollar25-hearthstone-card/
A new Hearthstone balance patch brings a number of changes to Blizzard's long-running CCG, most notably to Drek'Thar, which has been nerfed considerably: Its battlecry now summons just one minion from a player's deck, instead of two. It's a notable change not just because of the reduction in power, but because it includes the card that Blizzard was selling by itself for $25 in April.
>> The players that bought it have received a refund.

Darktide will have a playable psyker class
https://www.pcgamer.com/uk/darktide-will-have-a-playable-psyker-class/
Warhammer 40,000: Darktide is following in the footsteps of the Vermintide series, which are four-player co-op games where players choose from various thematically appropriate classes. While we saw an ogryn, a zealot, and two veterans in the release date trailer, a cover story in the latest issue of Edge Magazine confirms a psyker will be another option.

Ace Combat scores the dream collaboration with Top Gun
https://www.pcgamer.com/uk/ace-combat-scores-the-dream-collaboration-with-top-gun/
Ace Combat recently celebrated 25 years (and announced a new one's in the works). While reporting on that I mused about how the best thing Bandai Namco could do for Ace Combat 7 would be the fantasy collaboration with Top Gun: Maverick. Well, clearly someone over at Bandai Namco is a PCG fan because those beautiful suits have done it.

And, just like that, another week has come to an end. Until next time, I wish you a happy and gaming weekend.

PC Graphics Card Scalping Has Died Off (For Now)