Forums - Gaming Discussion - What would you do if you ran a game site?

One of my main problems with game sites is that they rarely ever have dedicated genre reviewers, people that are strictly focused on certain genres because they are familiar with them, like them and can properly explain the game to the userbase that is most likely interested in buying it. Most sites lack a good JRPG or just generally Japanese styled game reviewers and that's the reason why games like Nier, Yakuza, Folklore, Dynasty Warriors, Deadly Premonition, Trinity: Souls of Z'Oll and Ar Tonelico are always reviewed so badly, not in terms of the scores given, but the written text is always horrible to read. You don't get a person that loves Call of Duty, Battlefield, God of War and Uncharted to write a review on a game like Atelier Rorona.

The reason I bring up this point is because I've noticed that the audience that those games are specifically aimed at, usually love those games despite the horrible reviews written about them. I know large groups of people on forums that would claim that Nier, Folklore, Yakuza, Deadly Premonition and Atelier Rorona are amazing and that's because they understand what the game is, what it's trying to do and how they should react to it.

It happens with other genres as well, you even notice it in popular genres like FPS, especially when the majority of the reviewers compare the games being reviewed to Call of Duty, it's as if they haven't got any other FPS history to pull from.

Anyway, that's what I'd do. They wouldn't all be restricted to that set genre, but I'd make sure that when a new game comes in, it's not going to the guy with the most free time and the least experience in that genre, it's going to the person that can write a good and infromative review about the game. I don't need a page of text explaining to me why the Japanese are perverted or why it should have had an online component or why Dynasty Warriors games always suck or that the game sucks because it doesn't play like COD.

I would actually give attention to lower profile games.

On the odd occasion I go onto the 'main' game sites, I'm sickened by the lack of attention given to a lot of the games I love, and even to the DS/Wii/PSP. 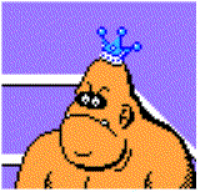 What I wouldn't do if I ran a game site is fill the entire background of the page with godawful clickable advertisements for video game t-shirts no one in their right mind would ever actually wear. 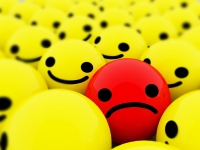 yes plz, this site has some intrusive damn advertisements, from the auto playing audio to trying to find a place on the screen that i can click thats not a link, its one of the main reasons i use adblock

i like this idea, when i was younger i used to have a subscription to EGM and at the to of their review it would say the persons name and what genre they enjoy the most, you could also flip to some page and see a list of games that they liked. it let me know where the review was coming from, i dont know of anywhere that does that anymore :( 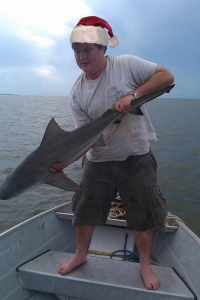 I would be somewhat like the Classic Game Room and just do whatever I want and hope people like it.  No matter what you do somebody is going to whine about it and make a big deal over nothing and that would just piss me off.  A site can change the color of font they use from dark black to a slightly less dark black and somebody well piss and moan and say they are leaving the site forever.  I just don't have the patience to deal with whiners so the only way I could run a site is if I do whatever I feel like doing.  I would also have a fanboy label for people on forums.  If over 300 people click that you're a fanboy you will carry the label and at the end of every post it will state that they are idiots and have lost touch with reality(the number 300 can change according to the number of people on the site).

I don't expect my site to succeed unless my opinion and what I think is good material is agreed with by a lot of people.  But who knows, maybe I'm cooler than i think or I'll piss off people so much that they check my site daily just to see how I'll inadvertently piss them off that day.

Your site wouldn't be very successful then =/. Theres a reason why they are lower profile, its because not many people care.

yup that is why sites like RockPaperShotgun are popular... Oh wait

A sight that focuses on low profile games can be successful, it will never be IGN or gamespot but there is plenty of room for sites that focus on the smaller games because few other sites cover them.

you right. I guess my idea of successfuly is a bit overblown lol