So I got an Xbox One and I gotta say it looks pretty snazzy next to my betamax and 20 inch tube TV, in all seriousness I think it's a great looking console (albeit big). If it was smaller I'd argue it's one of the best looking consoles (perhaps only behind the PS4).

By the way I was cleaning my Xbox One with a microfiber cloth but I shined some light directly on it and it has like a million scratches! What the hell am I supposed to use to clean this thing with? Also if anyone knows how to take out these scratches that'd be awesome!

UI looks great! I still feel like the 360's was easier to navigate, this might be a lot better if I had a kinect. Controller is awesome, basically the 360 controller evolved. The smaller grips on the sticks took me some time to get used to, they even irritated my thumbs in my first long play session with it. Bumpers are the only questionable change, it depends on the game I'm playing, usually it doesn't bother me because I hold the controller with my pointer fingers hanging on the side of them, which I guess this controller was designed for, still it feels like I have to use a little more force if I'm not exactly on the edge. My biggest problem is that the controller uses AA batteries... really MS? Did I discover a time machine?

System still seems to be missing a lot of features the 360 had, most notable voice messages, the whole snapping thing for achievement progress and stuff is cool, using it for Parties is slightly annoying. I personally think the 360 guide did a lot of things perfectly. Using the HDMI in for TV is nice, at least it frees up an HDMI port on my TV. I've had a few instances where my Xbox froze or the UI was lagging so badly it was nearly impossible to use, thankfully that has only happened a few times.

Anyways I guess I should talk about the games I've played.

MCC - This was the reason I got an Xbone, this was also the reason I almost regretted getting one. I'm a huge Halo fan and 343i really dropped the ball on this one. Online didn't work and neither did parties, I got this to play with friends and it was impossible to do. Unbelievable! Also what ever happened to the dedicated servers? The few matches I did manage to get in had red bars, though the lag wasn't too bad ( saw others lagging tho). Very disappointed with this game, it has hurt my love for the franchise. I'm not playing this game till the H5 beta.

Sunset Overdrive - This game is AMAZINGGGGG, seriously my GOTY. I was so right to get hyped for this game early on. If you own an Xbox One and don't have this game you're dead to me! Visually this game looks beautiful, but where this game really shines is the gameplay, traversing throughout the city is a lot of fun, hell I never used fast travel at all because of this! The story is complete cheese but that adds to the charm, the ending was awesome :) I don't normally buy season passes but I will for this game if the DLC looks good.

Watch Dogs - Honestly I haven't put much time into this game but I like how you can be really stealthy if you want, still haven't grasped everything I can do in this game but from what I've played it seems like a decent game.

I also have AC IV and Unity (got the bundle), Shadow of Mordor, and all the GWG games.

If anyone wants to add me my GT is "of Error"

Also on a minor note, I really like the Xbox One game cases xD

I shall add you when I can.

Shadow of Mordor. Play it, love it. 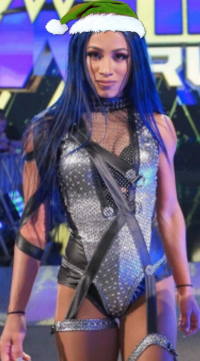 OT: The UI does work better with Kinect. But I'd wait for that to be under $100 to buy one. And yeah, My console looks terrible in terms of scratches too, not even sure how they got there, since I barely touch it unless I clean off dust.

YOU NEED TO GET FORZA HORIZON 2 as well.

Edit: Shadow of Mordor is also amazing. Highly recommended. Rayman legends is the best 2D platformer as well (IMO).. If you haven't got that on 360, I recommend that as well.

Congratulations! Is it your first/only 8th gen console?

Congratz! I might be jumping on the next gen bandwagon soon too as well!

You should really play AC IV. I played it on PC and loved it! Wonderful setting, I really dig the Caribbean. Plus you can seamlessly jump from the ocean and into an island with no loading screen!

I feel like I'm trying to sell the game to you...Just play it that before Unity lol

Yes, and it'll be my only one for a long while.

I'll get a PS4 eventually, Wii U... probably not unless that Earthbound Forever thing happens xD

Just an fyi that i only discovered recently (i use rechargeable batteries) if your controller dies, you can use a cell phone charger cable/micro usb to play. i used the same one that came with my ps4.

I plan on playing it after Watch Dogs and Mordor, so early 2015. :P

Does it use a standard micro USB? I didn't even notice xD

Wish it came with a rechargeable battery, guess I should buy one. I need that wirelessness

Grats.
7+ games right away is quite something. o.o Hope you have time to play them all. Usually when I buy a console, it's with only 1 or 2 games.
That'll be the case when I get a Wii U (Smash and Mario Kart), which should be my first 8th gen console. Unless Nintendo still haven't announced a price cut or a proper Smash bundle by early next year.
In which case I might jump into the 8th gen in 2016 when the PS4 Slim possibly comes out. lol