Here is my Unbiased Review of Tales From Space: Mutant Blobs Attack:

Levels:It begins when you are in a research lab and surprisingly escaped the lab by hitching a ride in a college student’s backpack. Each level is simple. Eat enough stuff to continue with obstacles spread throughout the level till the end. I figured it was easy enough to understand so there should be no problems. What I liked was the level designs. They did a good job with that because every level had the right amount of challenges in it but not enough to make you angry. Something that I feel something games could learn from. The levels are short but it is challenging so it isn’t like you are just plowing through each level. For example having to rush to the end before the laser kills you or rush through an obstacle before the laser kills you. Also bonus levels are fun because it uses the features of the PS Vita in the right way. If you are looking for a game that uses the Vita’s features correctly this may just be that game. There is a good amount of levels (30 to be exact) for you to play on so you should be able to log in many hours of fun with this title.The problems I have with the levels is that it gets boring pretty quickly because the repetitiveness. The levels are nice and all but it is can be really frustrating because the levels are so much a like that it really doesn’t create a sense of depth while you play. On top of that there is no replay ability. Once you finish it, you probably won’t go back to it unless you want to get all the trophies and are a completionist. Some people will do anything to get those trophies but as it stands (excluding trophies) there is no replay ability at all. The game was supposed to have a story but I couldn’t really see it. Possibly the only thing I can see is that it wants to escape earth but I don’t think that is it. It is an odd that I have played this game but can’t even tell you with a straight face what it is completely about.Pretty much, eat all planets till they are gone. Overall the levels were good but they needed to be better and make them feel less bland. Adding different environents from time to time wouldn’t have hurt.

Gameplay:What I have to say about the gameplay is that it is very well made. It uses PS Vita camera features to the bonus levels which are pretty enjoyable. The controls are simple to understand. Right analog stick to move and X to jump and sometimes requires the touch screen. What I mean by using the touch screen is that your character has something called telekinesis which to use that ability, which you will need to use the touch screen to use this ability. There are leaderboards to see how well you did on the level against the world which could be good for those that want to try to get to first place. As soon as you enter the game, you will understand it pretty quickly. The wall jumping is pretty good and helps with obstacles.The only bad stuff I could find was that the wall jumping sometimes doesn’t work and can be unresponsive at times which will lead to countless deaths and frustration. Then comes the flying parts where it is hard to control your movements. It takes a long time to understand it (how to control it while it is moving fast that is)Still none the less they did a great job with the overall package in gameplay and I applaud them on the job well done.

Presentation:The Main Menu layout is simple to understand so it won’t be hard to navigate. There are no frame rate issues. I was kind of worried that it would have that problem but I was gladly proven wrong. During the time I played this game I didn’t experience any glitches which surprised me because I always run into them in most game. The music was good but never wowed me. Even though it is a good game at times It gets annoying after a while especially when you get angry at the game whether it be because the bland level design or unresponsive movements. The design and graphics was good considering it was on a portable device and I was expecting less because of it being on a portable device but I was pleasantly surprised.The biggest problems are the cut scenes which are pointless. There is absolutely no need for them because they add nothing to the game, so they should have just forgotten about doing the cutscenes altogether. The Main Menu background looks boring and looks like it was done cheaply. I usually look at the main menu of games because I usually like the backgrounds because of the design but I couldn’t stand looking at this game’s background. It is a small complain but still yet a good design is needed when it comes to games or anything really.Overall they did a great job with the presentation for a portable device and I was pleasantly surprised at times while frustrated at others.

Platform Genre Mastery:Like all platformers should have is obstacles, and this game most certainly has them. It has plenty of them that actually. When it comes top timing jumps or maneuvering over obstacle this game is top notch but with every great thing there has to be some flaws right?The only bad I can think of is that it gets repetitive after a while but that is pretty much it. Just like this review you may notice that the word repetitive comes up often. Why? Because this is what truly holds this game back.

Conclusion:The game in general is fun for a one time play through but during that one time it will be an enjoyable experience and it is worth the price. It is a good game to pass time and it can definitely be enjoyed if you are looking for a filler till more games come out on the PS Vita.Levels- 7/10Gameplay- 8/10Presentation- 8.5/10Platform Genre Mastery- 8.5/10Overall- 8/10 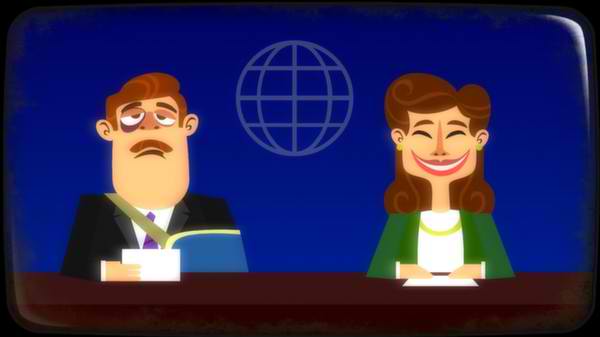 Good job. Glad to see the Vita getting a good platformer

Yeah hopefully it will get more platformers.

I liked this game a lot more than I thought I would. As in the review, I had frustrations, too, but they were mostly minor. Wall jumping could be pretty painful. I really liked the aesthetics of it, though, and the blob was adorable. I liked that the levels were short. Damn those lasers, though.

Good review. That's pretty much how I felt about it. It's a good game to pick up for a few dollars.

Edit:  Oh, and I'd like to add that platformers really shine on the Vita.  It's a good system for that genre.