I have to admit when I first played Kameo eight years ago I only played it for about 30 minutes and in that 30 minutes I could not stand it.  However since we are heading into the next generation of consoles here soon I thought it would be interesting to revisit a launch title for the HD twin that started it all way back in 2005.  And I have to say I do not regret it at all.

As I finally picked up Kameo once again I just had this mindset that this was not a great game.  I remember my original experience of it and the constant bashing of Rare ltd for not releasing a great game this generation for Xbox 360.  And I have to say for the first hour of Kameo I did not like this game once again.  The problem with the introduction of the game is they just throw you into the game without any kind of tutorial and you are using advanced techniques that you actually learn much later in the game.  It was frustrating that the first level felt so rushed.  It appears that they wanted to introduce the new character Kameo with a high note in action but failed greatly seeing as it was the only part of the game that I did not enjoy.  In fact the rest of the game is a pleasure to play and at times even reminded me of Banjo Kazooie and Zelda.

The story is very lackluster without much going on and the voice acting isn’t that much better.  It is all centered on a Troll War and Kameo’s evil sister capturing her family and holding them captive.  A witch will quickly let you know that you are the only one that can save them and the world from this troll war by capturing the Elements of power.  These elements are the main focus of the game.  To capture the elements of power you must hunt down shadows and free the elements of power to allow Kameo to turn into a different character.  It is a thrill to find and become a new Kameo.  You will turn into a dragon, a Venus flytrap, and even a termite.  There is 11 characters that you will play as including Kameo.  They all have different personalities, names, abilities, and all react and act differently.  It is exciting to unlock a new Kameo and learn new abilities with each and every one of them.  Yes you can even learn new attacks and abilities with them.  The only downfall with unlocking them was the pacing was too fast.  They really needed to slow this down a bit because instead of unlocking a new ability and slowly learning  about your new character you will unlock one and then immediately go on to unlock another within the next hour of gameplay.  Besides that it was superb in every other area as far as characters and design is concerned.

The gameplay is once again based around your characters.  This can turn into a puzzle game, platformer, and a hack n slash game.  Kameo herself is kind of weak but she is super-fast as she can hover off the ground to quickly maneuver around her enemies.  Even though she is fast you likely wont be using her very often.  You may use Pummelweed to fight trolls by bowing them or to go underground and get below sealed areas, Ash to activate bombs or burn grass type enemies, or maybe you will use Flex to grab enemies shields or to reach far away locations.  The enemies are varied and all of your characters will be needed.  The thing is that instead of Rare ltd creating puzzles based around pushing blocks most of the puzzles are actually created through combat.  The bosses are great and even regular enemies can be a struggle to figure out.  On top of that the world it’s self will turn into a puzzle along with your enemies coming at you at the same time.  The action puzzles was top notch and exciting.  There is 6 worlds in Kameo Including a swamp, sea, lava, and grasslands.  The entire world it’s self is an open world game.  The lands or levels are were most of the puzzles and game will take place but the world it’s self is in a huge war which you can choose to go in and help for points or to move on.  At times you will be forced to do some kind of task in the huge troll war but for the most part you will be traveling land to land.  Don’t worry though, even though the world can be big you have a horse much like Epona from Zelda to help you along your journey.

Now for the graphics, this one was a shocker to me.  I was not expecting a launch game to look near as good as this game did.  The water and grass was spectacular and most characters was done with a fine polish to it.  The designs of the characters was attractive and the animations was fluid.  I’d say the biggest complaint in this area is that Kameo herself was not the greatest of characters and her fairy look likely turned a lot of people away from this game.  None the less this is one of the best looking cartoony games that I have yet to see.

Overall this game is both beautiful and fun.  Not only did I fall in love with this game as I played through it but I would say it is one of the best games that I’ve played from Rare and I’d love to see a Kameo 2 as long as they can iron out the few flaws.

Have to agree with more or less everything you said. Much like Perfect Dark Zero, the story and voice acting was horrific while I found the gameplay and visuals (at the time) to be superb. Definitely a game worth revisiting.

Wow! A bit late to the party, Jay xD

Anyway, my very first Xbox 360 game. I'll never forget this one. It was great, I remember crossing through the entire orc army. Priceless xD

lmao I was a teenage boy when I first played this game.  Fairies and teenage boys do not go together well :P Now ive grown up and it doesnt bother me haha

As a teenager when I first played Kameo, You've hurt me with that statement! D: *Cries*

I remember playing this on a demo booth in 2005 or 2006 and being absolutely blown away by its graphics. Didn't like the gameplay though.

Kameo was my first Xbox 360 game. It's beautiful-looking and a lot of fun, but otherwise unremarkable. There's a great game hiding somewhere in Kameo, but it never really presented itself. I wish Microsoft hadn't cancelled the sequel and reassigned Rare to Kinect. Kameo 2 could have been something special.

Check out this concept art: 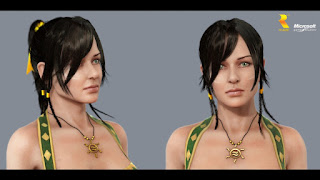 One of the most underrated games this gen. Everyone with a 360 should give it a shot.
It really is something you don't find that often on consoles.

It is not "OMG the best game ever!"-style, but a really good one for what it is. Kind of reminded me of Zelda tbh.

I rented the game when it came out. It was fun, not great. Some of the controls were very frustrating. The problem was that there were plenty other good to great 3d platformers at the time and Kameo didn't really stand out in the game play department. Of course little did I know at the time that the 3D platformer would become a rare breed. Yeah in retrospect it looks a lot better since the AAA 3D platformer genre is pretty much gone now. 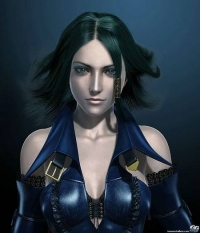 Good zelda-like game.
Played it 1 year ago and it still hold ups.

Only have one complaint - bad control mapping (jump on the trigger?) without option to change it.