for more details, pictures and behind the scenes game play video 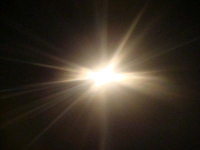 No one buy, like everything call of duty in the last 3 years it is a massive rip off.

I would disagree with you saying that CoD for the last 3 years is a rip-off, but I do agree on this map pack being a rip-off. It's has 4 zombie maps from CoD WaW and it includes only 1 new zombie map, all for 15 bucks. Most people who have WaW or who own the Hardened edition of Black Ops already have these maps. It's stupid that they won't let people who own WaW buy these maps for free.

yes..those maps should be free....

They actually spelt it with a 'z'? That makes me sad.

but the moon map looks great though....

Imo this is a pretty good deal, since I don't have World at War. I didn't buy any of the other BO map packs, but I will buy this one.

I just think its a great deal for people who love zombies and don't have WaW, or didn't buy the WaW dlcs.

Im excited for this. I love zombies in CoD. The new moon map looks great. And I have really been wanting the original maps from W@W. They were remastered for Black Ops, and they added in the new guns. So I along with thousands of other people have been asking for this.
I had made the mistake of not buying the Hardened edition that included the orginal 4 zombie maps, because I had thought they would release them as DLC soon. Little did I know it would take this long. I personally think its a great deal. If you like shooters then zombies mode is likely to get you hooked.