If one thing this generation has done better than the other generations is to attrack casual gamers like soccer moms, older people and put the whole family in front of the tv to play videogames. Once uppon a time, videogames were made specificaly for gamers, these people people used to call geeks or nerds because of their interrest for anything that is fiction and their lack of social and fashion skills. The more games the better and with time, gameplay mechanics changed and these changes were always made to please the "gamers". We went from the one button with one joystic controller to twelve buttons, 2 joystics, reset/start, mics etc. Game worlds went from staged side scrolling to open huge 3D worlds with deep dungeons, vehicles, animals, economy system, communication system, day/night and weather cycles, online multiplay, download contents. Games went from 2D sprites to 3D life like graphics, voice actors, orchestra music, motion capture, endless CG cutscenes. The gaming devices used to play games and that's it. Now they play movies, music, go online, used as communication device, pilot missiles, cure cancer and even cook... they can do so much you can forget they can play games. 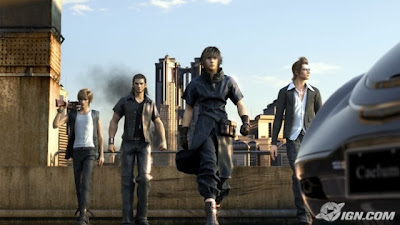 All these changes and upgrades were made to please the gamers from all around the world until some company decided that they should turn the non-gamer people to gamers. These people that don't play games are mostly rebuted by the gameplay mechanics as the controllers, story/worlds and time investment are too complicated or demanding for them. Now all the soccer moms, clubbing girls, young children and elders of the world can enjoy the videogaming passion of their children, brothers, husband, cousins and... you get the point.

All these games and gameplay mechanics are considered "dumbed down" and are considered a disgrace by the gaming "community". Gamers all around the world keep showing their disdain for casual games because now companies care as much as the casuals as they care for the core gamers so they feel like they were put aside.

Gaming sites are more than often made by gamers and most of these gamers are core gamers not casuals. When they review a game they do it with their "core gamer" eyes and this (imo) prevents them from understanding the game properly. Most casual games don't feature huge open worlds with incredible graphics and deep gameplay. They weren't made on these criterias and the public they catter to are not the same as the ones who ask for these things.

My brother used to play games a lot but now he has a family  and when he plays he does it with his whole family. Most of these so called "dumbed" games have mechanics that are better suited for party people or for those who don't care about deep gameplay and incredible graphics (moms, kid, elders etc). Are they all mediocre games because they don't follow "gamers" tastes?

Why not have a soccer mom review family games or someone that actualy has a family review these games instead of some butthurt dude that think it's cool to piss on casual games? If you need a car for your family will you ask the guy that keeps tuning his Subaru Impreza?

I think they should preview these games so people are aware of them but they shouldn't review them unless they understand why these games were made and are actualy buying these kinds of games. Have a soccer mom dedicated gaming website made and let them make the reviews, don't go bashing casual games uselessly.

Gaming sites can't even do a proper job reviewing core games. One step at a time.

Yeah that's true but when done properly they can do a good job. Having someone that had played multiple rpgs is fun but of course we can't get people from all types to review all types.

Now making this thread makes me want to do a soccer mom gamer site lol and collect the money :P